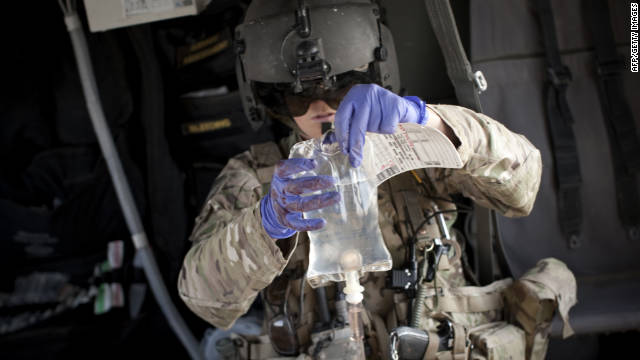 Some troops’ skills are great for civilian jobs, but licensing and jargon sometimes keep them from getting offers, the U.S. Chamber of Commerce says.
November 11th, 2011
01:29 PM ET

Fourteen percent of veterans who served in the National Guard or Reserve units are jobless, according to the U.S. Chamber of Commerce, the nation’s largest business association.

And the rate is worse for all post-9/11 veterans under the age of 24, said Kevin Schmiegel, the chamber’s vice president of veterans’ employment programs. "Roughly one out of every four in that cohort is out of a job," he said.

Veterans’ unemployment rate is expected to rise as the U.S. troop drawdown in Iraq shifts into high gear - virtually all of the 39,000 troops still in Iraq in October will be withdrawn by December 31. Also, about 100,000 National Guard members and reservists will be demobilized in the coming months. Most of those men and women will enter the civilian job market.