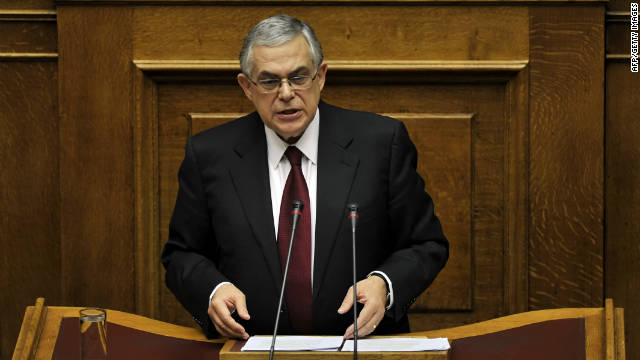 Papandreou quit last week, forced out by public anger at the budget cuts he was pushing through to get international funds to pay his country's debts.

Fears that Greece might default caused shock waves through the European and American banking systems and sent stock markets on a wild ride that at times wiped billions of dollars of value out of existence.