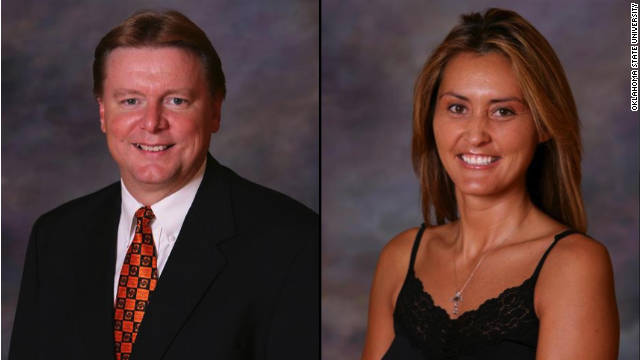 Two others - including the pilot - also were killed in the crash in Perry County, Arkansas. Those victims were not affiliated with the university, and there were no survivors. The university did not provide any information on the cause of the crash.

Budke and Serna were on a recruiting trip, the university said in a statement.

“The Oklahoma State family is devastated by this tragedy,” OSU President Burns Hargis said in the statement. “Our hearts and prayers go out to the families of Kurt Budke, Miranda Serna and the other victims."

“Kurt was an exemplary leader and a man of character who had a profound impact on his student-athletes,” Hargis said. “He was an outstanding coach and a wonderful person. We send our deepest sympathies to his wife, Shelley, and their children, Sara, Alex and Brett."

Serna "was an up-and-coming coach and an outstanding role model for our young ladies,” Hargis said.

Budke, in his seventh season as OSU coach, had a record of 112-83 and five postseason appearances at the school. Last season, the team earned its first-ever top-10 national ranking and reached the second round of the NCAA Tournament.