The US reported more than 89,000 coronavirus cases today, more than on any previous day of the pandemicâ€twitter.com/i/web/status/1â€¦zD

At least 22 people have been killed in Turkey and Greece by a powerful earthquake in the Aegean Seaâ€twitter.com/i/web/status/1â€¦jQ

Kyle Rittenhouse, an Illinois teenager, was extradited to Wisconsin. He is accused of killing two men and woundingâ€twitter.com/i/web/status/1â€¦ZK 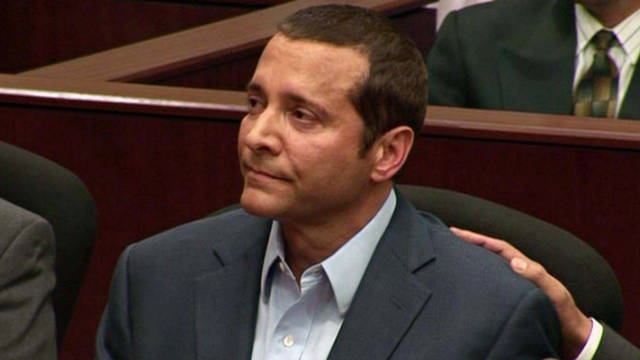 James Arthur Ray, a self-help expert convicted in the deaths of three people who succumbed to extreme heat of an Arizona sweat lodge ceremony in 2009, was sentenced Friday to two years in prison.

Ray had been convicted on three counts of negligent homicide for the three deaths that happened as a result of the ceremony in Sedona, Arizona. He faced up to three years in prison on each count.

Three people died and at least 15 others fell ill in October 2009 during a "Spiritual Warrior" retreat, a ceremony modeled after Native American purification rituals, that Ray held at a resort near Sedona. Prosecutors argued that the lodge, which was made of willow trees and branches and covered with tarpaulins and blankets, was heated to a perilously high temperature and that Ray was indifferent to those clearly having trouble.

12:45 pm ET October 31, 2020 RETWEET
There are lots of reasons that the check engine light could come on in a Ford Mustang, but a 10-foot long Burmese pâ€twitter.com/i/web/status/1â€¦Zv
cnni

12:00 pm ET October 31, 2020 RETWEET
For the sixth time, Puerto Ricans will be asked to vote on statehood, which is ultimately the call of the US Congreâ€twitter.com/i/web/status/1â€¦7G
cnni