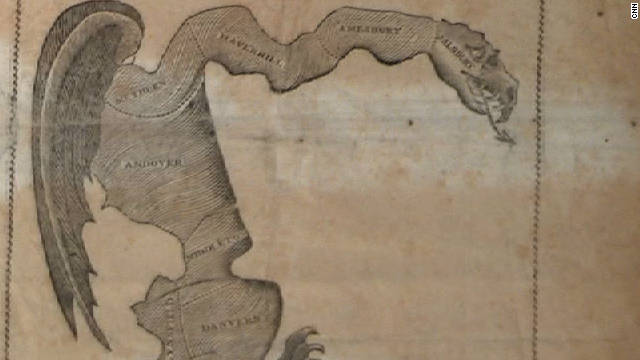 "Even if your vote counts, it comes down to which corrupt one do you want in office. Politics has become so dirty that there is no way the people can win. "
–TerryH13

CNN is taking a look at the redistricting process, which takes place every 10 years after each census is complete. In the last 10 years, 78% of the seats in the U.S. House of Representatives did not change party hands even once.

David Wasserman, redistricting expert for the nonpartisan Cook Political Report, says that through redistricting elections can be "almost rigged" in a sense and this can lead to a more polarized Congress. Readers responded to this story by expressing a degree of cynicism about the political process on both sides of the aisle. Some even questioned whether they should vote at all.

Commenters largely said politicians are influenced too much by money.

"Republican or Democrat? The candidates we get to choose from at election time are all rich, hand picked and sponsored by special interest and or corporate America," said str8Vision. "Like race-car drivers, politicians should wear uniforms adorned with logos and patches of the corporations, special interest groups and lobbyist who sponsor them."

FrankinSD replied, "What makes you think changing the faces will change the system?" He also said in a different post, "The creation of safe districts does more than just diminish the power of individual voters. It removes the incentive for the parties to nominate someone in the political center. If a seat is safely Democratic or Republican, there is no penalty for nominating an extremist."

BilyGoatGruf wrote, "I live in one of the most gerrymandered districts in the U.S.! it sucks cause I'm the minority party. My area does have quite a few people like me, but we're just used to bridge two strongholds for the opposing party. But I still vote!"

Others said they didn't feel like they want to vote. "I know I am back to feeling disenfranchised again and this article will support my new decision not to vote," said, ComeOnMan9. "Our election process is broken and money seems to be at the core of all decisions made."

glorydays responded, "Then the plutocrats have won. They want you to stay home."

"This is why I don't vote. It's a waste of time. Candidates win by the most money they have or who pads their pockets, at one time voting meant something but not anymore. No one cares what the taxpayers think, this is why I say we need to stop paying taxes. This will be the only way they will listen, money talks ... right!"

Some commenters wanted to stress that voting is important. bzzarr said:

"How could any American come to the conclusion that he/she wasn't going to vote? After all this country has been through, and all it has accomplished in less than 250 years. How can you just give up, shake your head, and walk away? We have out-done countries that have existed for hundreds, and in some cases thousands of years longer, in a matter of those 240 years. We owe it to our forefathers, we owe it to ourselves, we owe it to our children, and most of all we owe it to our nation. We must continue to fight to make this country stronger. Its the people who have made this country what it is not the politicians.

What's your take? Join the conversation below and in the latest stories on CNN.com. Or, sound off on video via CNN iReport.