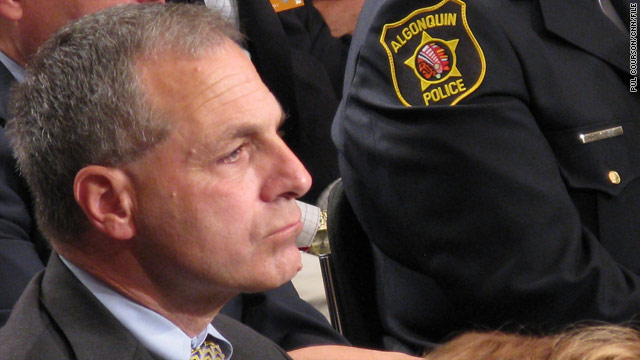 Sandusky is accused of sexually abusing a boy at a football complex, an act allegedly witnessed by an a football graduate assistant who reported it to coach Joe Paterno and other superiors. But it was years before law enforcement was notified, according to a grand jury report.

Paterno, the winningest football coach in Division I history, was fired this month amid outrage over the handling of abuse claims involving Sandusky. Penn State President Graham Spanier also lost his job.

Six days after Sandusky's arrest, the college announced it was creating a special panel to investigate the allegations.

Frazier, a trustee who is chairing the panel, has said the inquiry will be "rigorous, objective and impartial."

Pennsylvania's attorney general charged Sandusky, 67, with 40 counts in what authorities say was the sexual abuse of eight young boys over several years. In addition, two Penn State officials are charged with failing to inform police of the allegations.

Paterno said that he'd never been told the graphic details revealed in a grand jury report about sex abuse allegations, but that he nevertheless passed the allegations on to his boss. Paterno has said he had done "what I was supposed to do." But in a later statement, he said "with the benefit of hindsight, I wish I had done more."

The NCAA and the U.S. Department of Education are also investigating.

Airbus says it is cutting production by about one-third as airlines scale back orders for new planes due to the corâ€twitter.com/i/web/status/1â€¦SA
cnni

7:57 am ET April 9, 2020 RETWEET
"It's a hideous situation and unfortunately, I think there are going to be a huge number of nurses that are going tâ€twitter.com/i/web/status/1â€¦nG
cnni