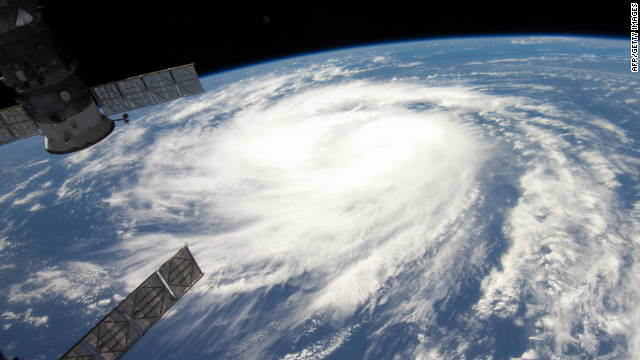 The debris, a 4-inch piece of a weather satellite that China destroyed with a missile in 2007, is expected to pass within 2,800 feet of the space station at 4:43 a.m. ET Wednesday, NASA said. An impact could damage the space station, and NASA said that distance is too close for comfort.

If the prediction holds into Tuesday night, Cmdr. Dan Burbank and flight engineers Anton Shkaplerov and Anatoly Ivanishin will spend several hours sealing the stationās hatches. NASA will make the final call at 4 a.m. ET on whether to move the three-member crew in the space station intoĀ a docked Soyuz spacecraft, NASA said.

NASA Television and NASAās website would begin showing the shelter operation at 4:35 a.m.

Burbank, Shkaplerov and Ivanishin arrived at the space station just last week. The previous crew left the station Monday and landed in Kazakhstan on Tuesday.

āThe object had been monitored earlier but was not then a threat,ā NASA said on its website.

The debris is a piece of a Chinese Fengyun weather satellite, NASA said. In January 2007, China used a land-based missile to destroy the 2,200-pound object, leaving more than 150,000 pieces of debris orbiting above Earth, NASA estimated.

The space station has had several close calls with space debris. In June 2011, an object came about 1,100 feet from the station, prompted the six astronauts aboard to take shelter inside two Soyuz capsules.

In March 2009, a chunk of metal - about 5 inches across, and moving at nearly 20,000 mph - passed within three miles of the station, prompting the three-member crew into the Soyuz return ship for about 10 minutes, NASA said. The debris came from a satellite rocket motor used on an earlier space mission, NASA said.

Over the last week, the skies of Gaza have lit up with the fire of bombed-out buildings, and children have tried toātwitter.com/i/web/status/1ā¦YT
cnni

3:31 pm ET May 14, 2021 RETWEET
A developing tropical cyclone over the Arabian Sea is forecast to strengthen significantly into named Cyclone Tauktātwitter.com/i/web/status/1ā¦yf
cnni

3:01 pm ET May 14, 2021 RETWEET
Beijing's Tianwen-1 Mars probe is expected to land on the red planet in the coming days, as early as Saturday morniātwitter.com/i/web/status/1ā¦T9
cnni