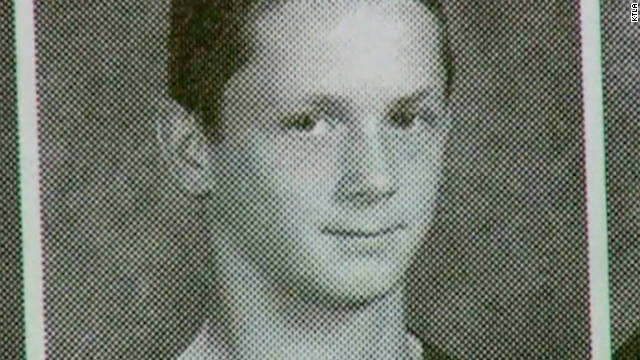 Jurors were unable to reach a verdict in the murder trial of Brandon McInerney who is accused of killing a gay classmate.
November 22nd, 2011
02:37 PM ET

Today's big talker for much of the day was the murder trial of Brandon McInerney, now 17, who has agreed to plead guilty for gunning down a gay classmate three years ago in their junior high classroom. Our readers shared a lot of impassioned perspectives on whether a teenager should be treated as an adult, and on society's views about sexual orientation in general.

Commenters were basically split on whether McInerney should be treated differently based on his age. We also heard from lots of readers who talked about the way gay students are treated in school classrooms. Here are some excerpted conversations and comments:

Tempesttt: "He should be doing life.  At 14 you should be old enough to take complete responsibility for your actions.  This juvenile stuff is getting old and it's the reason our young people are so irresponsible."

midwestmatt: Then why couldn't he vote? Or own a gun? Or enter into a contract? Or get married? Or drink? Or drive? Have sex with a 30 year old? Oh yeah, because he was an adolescent minor and adolescents are in the middle of massive brain restructuring, surging hormones and the inability to adequately control behaviors that can lead to foolish mistakes or far, far worse. ... Was this kid wrong? Absolutely, but I'll put a dime to a dollar that his hatred and anger was stoked by a home situation that created then egged on his disdain for other. He wasn't born this way, he was made into what he became and others should be under scrutiny for what they helped foment."

cageordie: "Murder is a terrible thing and this was a hate crime. But a 14-year-old isn't an adult, unless we want to rewrite the law to make all 14-year-olds adults. My 18-year-old daughter still does horribly dumb things because she's still immature, though she is also gay so she won't be killing any gay teens. When I was 14, I was a kid, and I had no idea what it means to do something that blights a lifetime. Is this justice or retribution? Only the U.S. and Somalia still charge children this way."

America314: "Usually mature straight people can get over being the crush of a gay dude in high school, I should know. I had three who made it known that they liked me and I didn't shoot them, I respectfully told them that I didn't swing that way and they respectfully dropped it. Amazing how talking can be an alternative to murder. No sympathy for this guy."

With the deficit reduction failure trailing behind it, Congress is working on payroll taxes now. Readers expressed cynicism, and many took aim at Republicans (who will face off in tonight's GOP debate), while others said this issue is quite complicated.

DandyStryker: If this was a tax break for billionaires, the Republicons would be jamming it through. The *only* reason the Cons oppose it is because it benefits ordinary people, and will actually help the economy. The Republicons are anti-American. They want the economy to fail so Obama will be a one-term president, and they are perfectly willing to screw the rest of us to make that happen.

JamesMO: We need to stop thinking Uncle Sham can shop our way out of this recession. Every country that has faced this fiscal mess had to solve it the same way: painful cuts to public sector spending and layoffs to bring fiscal sanity back to the economy. It is painful medicine, but the sooner we take it, the sooner we get better.

iReporter Egberto Willies posted a video he shot of students serenading their teacher, Mr. Love, who had received harsh treatment from students recently. The story got commenters talking about misbehavior in class and kindness toward others, and we also heard from several Kingwood High School alums who knew the teacher in question.

mannailed: "I went to high school in Kingwood. Graduated '01 and when I went to high school, Mr. Love was known as the ultimate substitute teacher. Such a kind person who had the gift to reach students and help shape lives. I remember he would paint his face the school colors to show his pride in what we were all doing as a school and student body. He was very much apart of that. So many good memories of this guy. Love you, Mr. Love!"

Klaustastic: "I went to Kingwood High School. I graduated in '01 and Mr. Love was my favorite sub. He is such a kind person, and he cares so much about the students he teaches. I can't believe anyone could be so rude to him."

unretired05: "The few loud obnoxious kids are the biggest reason that the rest of the students aren't learning. The teachers are stuck with these kids and with 'no child left behind,' it holds the kids who want to learn back. If you meet the parents of these disrespectful kids it is usually obvious why they are the way they are."

pianobarb: "It would have also been nice if some of these kids had stood up in class and reacted to the kid who was disrepecting this teacher and defended her right on the spot. That would have put an end to any future bullying."

We always see lots of great commentary on Eatocracy, our food blog. This particular story got a lot of readers fired up about whether a "largely vegetarian diet" can be considered vegetarian if it includes occasional meat. They reviewed and critiqued author Philippe Cousteau's Turkey Day plans, which will include a locally raised heritage turkey:

Clare: "You either eat meat or you don't. You can't be a part-time vegetarian. If you eat any meat at all (turkey being one of those meats!) then you cannot call yourself a vegetarian. Just doesn't work that way."

Alto Farmer: "Not all of the advice given in this article is practical for many people. Nor do I believe that it is intended to be a 'you must do this if you love the earth' guideline. But I do think it points out that we should think about our food choices more closely. His plug for the small farmer is greatly appreciated. My wife and I have a small scale farm with fruit and vegetables. It is hard to get people to appreciate that they get better quality products that are worth the extra price compared to supermarket food. I'd like to put my two cents in on the turkey discussion too. We raised some heritage turkeys this year and butchered them ourselves. They grazed on the land that was unsuitable for producing vegetables. They also helped to control insect pests so I didn't need to spray chemicals. The birds themselves had a good life. The carcass is a bit leaner than the butterballs in the store but the taste is fabulous. The future of farming is small! Support your local farmers and give your area an economic boost."

Okhn: "I have been a vegetarian (technically a pescatarian) since I was 10, and the only days I would choose to skip over my vegetarianism was on Thanksgiving. Now, I just go with Tofurky, and it is a great substitute that I strongly recommend for fellow vegetarians. Thanksgiving has always been my favorite holiday and always brings dilemmas to my vegetarianism, but now I just eat Tofurky and everything is fine."

5. Behind the scenes of the 'search for life'

John Zarella's series "Search for Life" premieres this week on CNN, and he wrote an article about his perspective on humanity's seemingly eternal search to find out if we're alone in the universe. This got other commenting humans (we assume) talking about what might be out there. Here's an extremely abbreviated excerpt of an extended conversation that took place between several people:

Xman: "I believe in two things. First, no, I don't think we're alone. We are here, and the fact there are 200+ billion stars in the Milky Way alone is reason enough to conclude that somewhere there is life. Second, and most importantly, if an advanced alien race ever did visit earth, they'd either be friendly or hostile. If they're hostile, it wouldn't matter what we did, we'd be toast. If they're friendly, I'd be one embarrassed member of the human race. This alien race would undoubtedly be advanced not only in terms of technology to be able to reach us, but also socially. Far more than we humans. ..."

Heman: "Completely agree with everything you said except for one thing, we are in no way a 'rare gem in the cosmos (Earth).' There are likely hundreds of thousands, if not millions of other planets exactly like ours. Hardly rare, especially for an advanced civilization capable of intergalactic travel. A species with that technology certain would have the means of harvesting, if not inhabiting any other closer rock of their choosing, or altering it to be habitable."

What's your take? Join the conversation below and in the latest stories on CNN.com. Or sound off on video via CNN iReport.