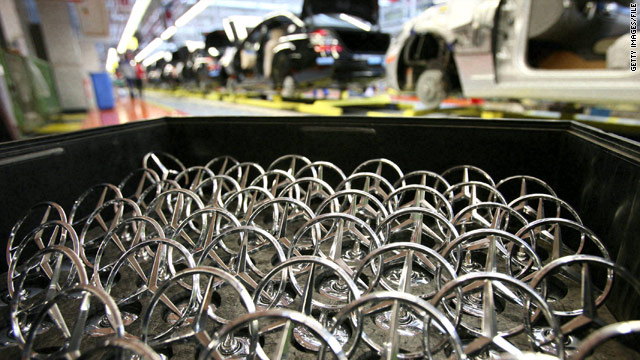 It’s not often that a newspaper can attack another state, pontificate on a hot-button national issue and deliver a targeted economic development pitch in one go.

That’s what the St. Louis Post-Dispatch editorial board did Tuesday with its open letter, “Hey, Mercedes, time to move to a more welcoming state.”

News surfaced this week that police in Tuscaloosa, Alabama, recently pulled over a man because of a problem with a tag on his rental car. The man, who was German, didn’t have handy what the state considers proper identification, so he was arrested under a provision of Alabama’s immigration law, which is considered the strictest in the land.

Turns out, the man was Detlev Hager, a 46-year-old Mercedes-Benz executive traveling on business. About 10,000 people in the region rely on the company for their livelihood, according to Mercedes-Benz U.S. International, which happens to be the state’s largest exporter.

Hager – one of 66 people charged with not having proper identification since October 1 – had his charges dropped after an associate tendered Hager's passport and German driver’s license, the Tuscaloosa News reported.

Not before the Post-Dispatch took its shot, though.

“Carpetbaggers never have been treated very kindly in the South, though we would have thought exceptions would have been made for those with SUV factories in their carpetbags,” the editorial said.

The newspaper went on to say Mercedes should move its SUV plant to Missouri, “the Show-Me State, not the ‘Show me your papers’ state.”

“You've got two choices,” the paper told Mercedes. “Either ask your executives to carry their immigration papers at all times, or move to a state that understands gemüchlichkeit,” the German word for "comfort."

It was the latest assault on Alabama’s immigration law, which can count the U.S. departments of Justice and Homeland Security among its detractors.

CNN.com was in Alabama last month when the 11th Circuit Court of Appeals blocked the state from enforcing provisions of the law until larger constitutional questions could be addressed.

While several people, including nonimmigrants who had found work after an exodus of Latinos from the state’s tomato farms, applauded Alabama’s tough stance, others told CNN they were concerned the legislation could paint the state as bigoted and intolerant.

“Here we go again with the negative stigma of Alabama. Do we ever get out of it?” asked Theresa De Leon, Birmingham's first Hispanic female firefighter.

She cited the Trail of Tears from the 1800s and last century’s Jim Crow laws as past attempts to displace or disrupt entire peoples.

Last week, the Justice Department filed a brief in the 11th Circuit calling the state law an unconstitutional mandate that threatens “the most basic human needs.”

In its Tuesday editorial, the Tuscaloosa News said the law is sure to cost Alabama many jobs. It said a Chinese company was already having second thoughts about putting a $100 million plant in economically depressed Thomasville because the company feels it isn't "welcome because of the immigration law.”

“The immigration law is becoming the greatest threat to the state’s economy and job creation, overshadowing even the record-setting bankruptcy of Jefferson County,” the paper’s editors wrote. “Global corporations must be asking themselves whether their international employees — those with legal work permits — are welcome in Alabama.”