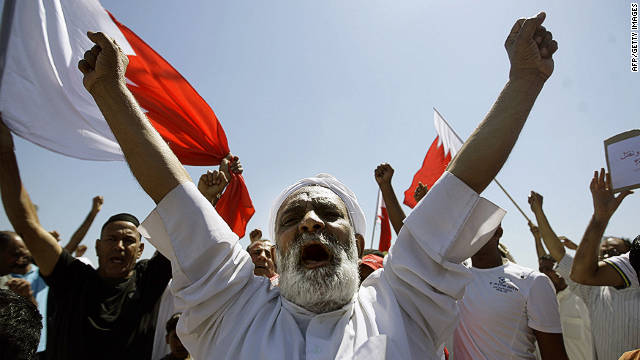 Bahraini Shiite mourners chant slogans during the funeral of a man killed during anti-government demonstrators in March.
November 23rd, 2011
09:46 AM ET

The mistreatment included physical and psychological torture, he said, intended to extract information or to punish those held by security forces.

Bahrain should set up an independent body to investigate complaints of killings and torture during the pro-democracy protests earlier this year, Bassiouni said, and all those involved in human rights abuses should be held accountable, no matter how high their position.

The highly critical report by the Bahrain Independent Commission of Inquiry also recommended a series of reforms to the country's law and better training of its security forces.

12:31 pm ET May 18, 2021 RETWEET
A disaster has been declared in an Alaskan village after an ice jam caused severe flooding and forced residents toŌĆtwitter.com/i/web/status/1ŌĆ”Zj
CNNweather