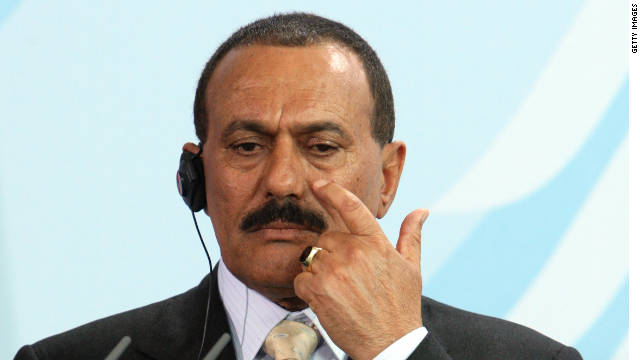 President Ali Abdullah Saleh has appeared several times to be on the verge of agreeing to hand over power.
November 23rd, 2011
11:24 AM ET

His executive powers would be transferred to Vice President Abdo Rabu Mansour Hadi "effective immediately" once Saleh signed the Gulf Cooperation Council initiative, a spokesman for Yemen's embassy in Washington said before the signing.

The GCC-brokered accord, which is backed by the United States and the European Union, would allow Saleh to resign from power in exchange for immunity from prosecution. But the agreement also allows Saleh to retain his title as Yemen's president for 90 days, until elections are held, according to a Western diplomat in Yemen.

Yemen has been the scene of violent protests for months as Saleh's opponents demanded he leave power after 33 years in office.