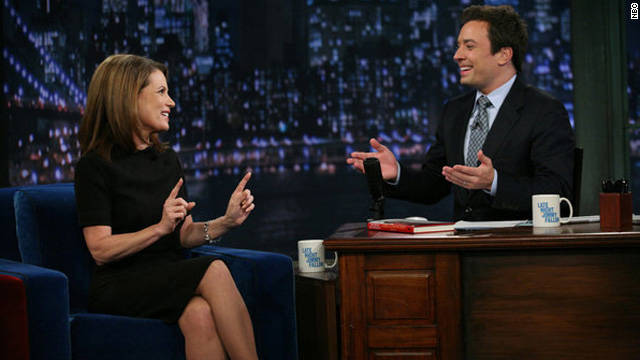 “Did NBC [also] email the apology to both of Fallon's viewers?”
- Max17

When Rep. Michele Bachmann recently appeared on “Late Night with Jimmy Fallon,” she probably didn’t expect the band to play Fishbone’s “Lyin’ Ass Bitch” as she walked out. But that’s exactly what happened. And now, NBC has sent the congresswoman an apology letter, and host Jimmy Fallon has apologized to her over the phone and via Twitter.

MiketheMike said, “No matter what anyone thinks of Bachmann, she was invited to the show as a guest and should have been treated as such. It's really sad that the concept of civility is being sacrificed by many for the sake of political animosity.”

Guest said, “I don't know all that much about Bachmann but her point is well taken. Had the recipient of this ‘humor’ been Michelle Obama there would have been hell to pay.”

KnockSomeSns responded, "Guest, you'd be right if Michelle Obama had mislead and sometimes even outright lied as much as Bachmann has. That's the whole point of that song (as its title suggests). NBC should have never apologized, IMHO.”

GoTparT said, “Why wasn't the drummer fired? If this were done to a minority democratic candidate the Liberals would want the entire band fired. I found this ‘song’ on the Internet and took a listen. It's garbage.”

Strange12 responded, “I hope the owner to the song rights is getting some royalties from all the self-righteous conservatives who are accessing the music. I just wonder where all this righteous indignation was when Michelle Obama and her children were booed at a recent stock car race. I have a feeling that Michelle Obama knew she was being booed when it happened; I doubt Michelle Bachmann even knew she had been insulted.”

357fixer said, “Making personal attacks against those you don't agree with ... it's the liberal way.”

ZenaKitty said, “Wow. I don't care for Bachmann and as a Bleeding Heart Liberal, I totally disagree with everything the woman stands for, but that's unacceptable and the drummer really should be fired. No one should be treated with that kind of disrespect.”