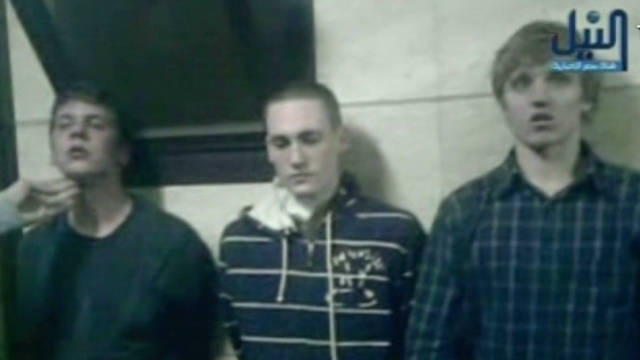 Three American college students detained in Cairo since earlier this week have left the police station there and are headed to the airport to return to the United States, an attorney for one of the three men said Friday.

The three - Gregory Porter, Luke Gates and Derrik Sweeney - were arrested after being accused of throwing Molotov cocktails in the unrest that has rattled the country since last week. Their release was ordered Thursday.