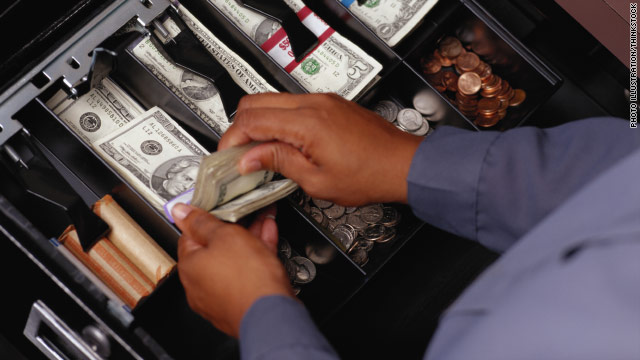 Weary of Black Friday, some plan to shop local on Saturday

Black Friday's not for everyone.  As crowds accumulate and shoppers get rowdy at retail stores nationwide, more and more Americans are declaring they're over the biggest shopping day of the year.

With pepper sprayings, a tasing and other Black Friday-related violence across the country, outrage is surfacing under the Twitter hashtag #F--BlackFriday. Amid critiques of consumerism run amok, some are calling on the American public to patronize local businesses instead.

"Hmm. Pepper spray? Gunshots? Parking lot robberies after midnight? hahaha #F--BlackFriday You suckers can have it," RoxinalRanger tweeted Friday, summing up the thoughts of many.

The loudest groans appear to be coming from store employees, many of whom have been on their feet for hours with no end in sight.

"It's only been 9 hours? F– me. Here till 5 PM! Who starts work at midnight and gets off at 5pm," one worker tweeted Friday, summing up the thoughts of many.

"I've never hated people or my job more than I do right now. I really hate everyone in this store. I really truly do," another tweeted.

For their part, shoppers also appeared to growing weary of the long lines and growing hostility.

"It has gotten to the point were I actually hate shopping.. #f-blackfriday #neveragain," @GabrielMaguina tweeted.

Others expressed frustration that they could not go shopping for ordinary items without braving crowds.

"Is there any store in the world I could go to and not need to wait 3 hours to buy a razor and eyeliner," Eye-V tweeted.

Others simply had other priorities: "I like sleep more than low low prices," @BenKuzmicz said.

Many CNN.com commenters vowed earlier this week to avoid Black Friday by shopping earlier, with some arguing that its popularity is emblematic of what’s wrong in the United States.

“Bargain hunting and using credit cards to pay for majority of purchases; US consumers (are) overburdened with debt and cannot stop just like the US government," larryking11 said, in one of the comments featured in Thursday's Overheard on CNN.com post.

"I am boycotting Black Friday and spending time with my friends and family instead of shopping. And to those retailers opening up on Thanksgiving night ... I will not be shopping at your stores at all this holiday. You are nothing more that a bunch of greedy grinches," Blackrhino said.

Some who associate Black Friday with overwhelming crowds and capitalism at its ugliest are saving their pennies and energy for Saturday.

Now in its second year, the American Express-sponsored "Small Business Saturday" is billed as "the day we celebrate the Shop Small movement to drive shoppers to local merchants across the U.S."

On the event's Facebook page, which has more than 2.5 million fans, users are sharing shopping plans and businesses are throwing out sale pitches.

Another user, presumably a retail employee, pledged "to give everyone the kind of service they don't get online or in the 'big box' stores. Service is what makes small business better."

However, other commenters on the Facebook page expressed skepticism over American Express' involvement.

"I love that this is presented by American Express....because that doesn't scream hypocrisy...." one user said.

"Question: Is American Express reducing its transaction fees for small businesses this weekend (or forever?)? Most of my local retailers can't afford to take AmEx!" another said.

American Express is using the event to encourage shoppers to use their AmEx cards. Cardholders who register an eligible American Express Card and use it for a purchase of $25 or more at a small business on November 26 will receive a one-time $25 statement credit, according to the Facebook page.

The push to patronize local business comes amid wider backlash against Black Friday. Earlier this week, organizers of the Occupy Wall Street movement urged protesters to occupy major retailers on Friday. So far, there have been no reports of major protests.

At least one small business urged shoppers not to buy from them on Friday. TheOldTry, a Boston-based print shop specializing in homages to the South, urged shoppers to reconsider the reason for the season.

"I'd prefer you not buy anything from us nor anyone else tomorrow and you spend time with friends and family. #tistheseason # honesty," the store tweeted.