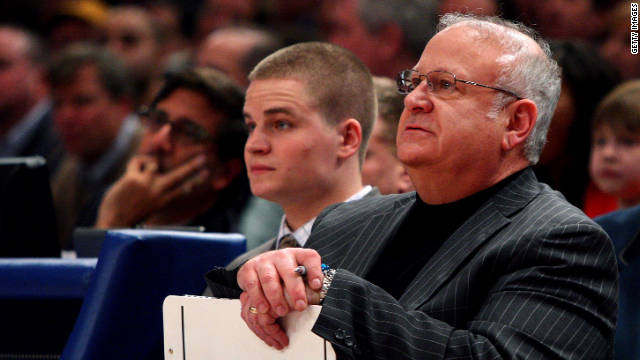 "At the direction of Chancellor Cantor, Bernie Fine's employment with Syracuse University has been terminated, effective immediately," Kevin Quinn said in a statement, referring to Syracuse Chancellor Nancy Cantor.

Fine was placed on administrative leave earlier this month, after former Syracuse ball boy Bobby Davis and his stepbrother, Mike Lang, accused him of molesting them.

The Syracuse-based Post-Standard newspaper and ESPN both reported Sunday the existence of a recording of a 2002 phone conversation that they said Davis had recorded between him and the coach's wife.