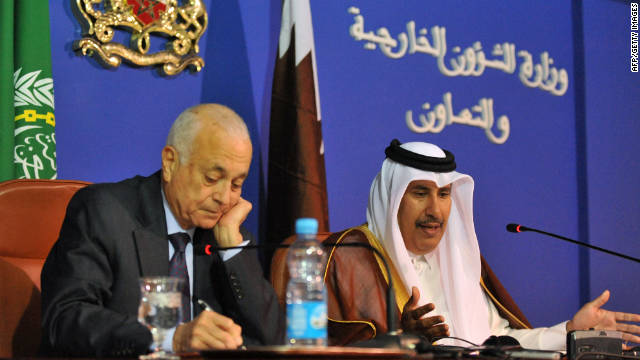 The Syrian regime can "avoid the dangers of a foreign intervention" if it agrees to an Arab League plan to defuse the conflict, the league's secretary-general told CNN on Thursday.

Arab League Secretary-General Nabil el-Araby said the government hasn't accepted the league plan to send observers into the country to monitor the government's response to civil unrest. But he said the Syrian government has a chance to overcome the crisis by agreeing to the idea.

"The Syrian government is not complying with the Arab initiative plan and their inability to stop the violence is what led to the escalation of the procedures of the sanctions against it," el-Araby said in a statement.