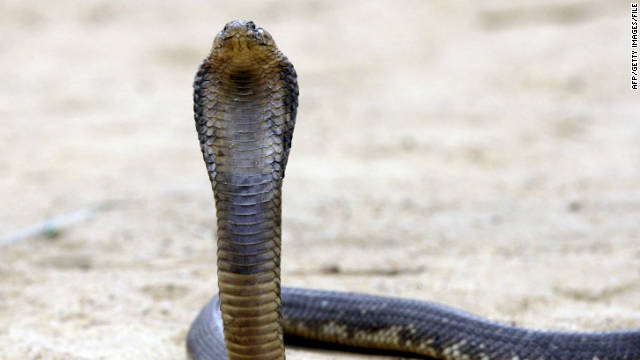 A disgruntled snake charmer reportedly unleashed snakes, including cobras, in an office in India.
December 1st, 2011
11:18 AM ET

Getting through the work day can be hard enough without having a bunch of cobras unleashed in your office.

Bureaucrats in a rural village in Northern India had a tough start to the week when an angry snake charmer walked into their tax office and dumped several dozen snakes, including four cobras, on the floor because he was upset about a land deal that had not gone through, according to numerous reports.

The Telegraph: Watch the hissing snakes

The workers jumped on their desks and some shook table cloths at the snakes who rose up with the strike position. It was "total chaos," said Ramsukh Sharma who was at the office in Harraiya, in Uttar Pradesh.

"Snakes started climbing up the tables and chairs. Hundreds of people gathered outside the room, some of them with sticks in their hands, shouting that the snakes should be killed," he said, according to the Australian newspaper.

No one was hurt and the snakes were eventually recaptured by experts.

The snake charmer claimed that he had apparently applied for a plot of land for the snakes but that officials wanted bribes to approve it. The office reportedly said that they had no record of the filing.