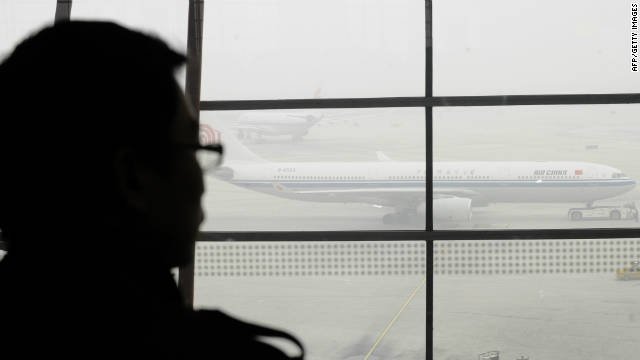 A traveler at Beijing International Airport looks out at planes stranded due to thick fog, which caused widespread travel disruption
December 5th, 2011
09:32 AM ET

State media offered conflicting descriptions of what caused the haze.

"Smog disrupts flights at Beijing airport," a headline from the Xinhua news agency said. The state-run China Daily newspaper, citing Beijing's weather officials, said melting snow made the air wet and caused heavy fog that "crippled traffic, delayed flights and created obstacles in the highways in many places of North China since Saturday."