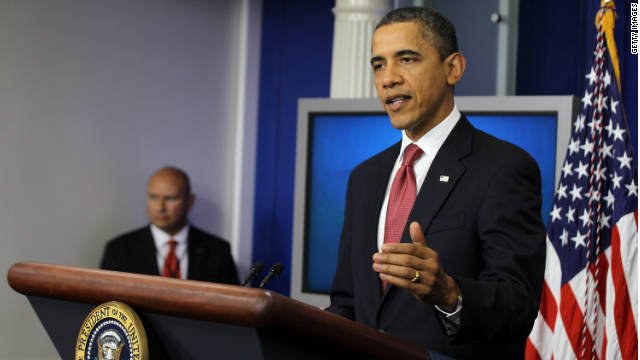 The Reads You Need: Extending the payroll tax cut

Editor's note: Each day, we'll bring you some of the diverse voices from our site and across the Web on the stories causing ripples throughout the news sphere.

With the United States’ Social Security payroll tax cut set to expire after December 31, Republicans and Democrats have wrangled over how and whether to extend it.

Senate Republicans last week proposed extending the cut for one year. They proposed paying for the estimated $120 billion cost by freezing the pay of federal civilian workers for three years, cutting the federal civilian workforce by 10% through attrition, prohibiting millionaires from getting unemployment benefits or food stamps, and requiring millionaires to pay more for Medicare Parts B and D. This plan was defeated.

Senate Democrats proposed not only keeping a cut, but also making it deeper, to 3.1%. That would mean people making $50,000 a year would take home $1,550 more than they would under the normal 6.2% rate. Democrats also wanted to cut employers’ share of the payroll tax from 6.2% to 3.1%, and they wanted to pay for the package with a 3.25% surtax on people making more than $1 million per year.

After that plan was rejected, Senate Democrats this week adjusted their proposal: Cut workers’ payroll tax to 3.1% and keep the employers’ share where it is. To help pay the $180 billion cost, they would impose - for 10 years - a 1.9% surtax on people making more than $1 million annually. They also would, among other things, adopt the GOP proposals to keep millionaires from getting unemployment benefits and food stamps.

Here are a few takes on the issue from commentators and journalists across the country:

CNNMoney's Jeanne Sahadi writes that while the Senate Democrats' move to adopt the GOP's call to crack down on millionaires who get food stamps and unemployment checks looks like bipartisanship, the measures would be virtually meaningless because relatively little money would be saved.

On the food stamp issue, she writes:

"This provision would disqualify anyone from collecting food stamps if they receive 'income or assets with a fair market value of at least $1,000,000.'

"Who can disagree with that?

"But realistically, how many millionaires would be affected?

"According to the U.S. Department of Agriculture, which runs the food stamp program, the answer is 'zero.' So by extension, that would mean precisely zip would be saved by prohibiting those nonexistent millionaires from collecting food stamp payments.

"Oh, there was one case earlier this year.

"The press in Michigan reported on a food stamp recipient who had won the lottery but was continuing to collect benefits anyway because technically he was still eligible under the rules. He is no longer collecting benefits. And states were asked to develop ways to make sure that doesn't happen again, according to the USDA."

Keep the cut where it is

The Los Angeles Times' editorial board this week wrote that Congress should pass a simple renewal of the tax cut, keeping the rate at 4.2% rather than cutting it again. It also called on Congress to extend something else that is set to expire at year's end: an expansion of federal emergency jobless benefits to 99 weeks.

“... Congress has to decide by year's end whether to continue providing extended unemployment benefits to those who go more than six months without finding a job, and to extend a temporary reduction in the payroll tax paid by employees. Both of these measures should have been handled within the context of a long-term deficit- and debt-reduction deal that overhauled the tax code, put entitlements on a more sustainable path and continued extended unemployment benefits until the jobless rate hit a specific target. But months of talks led nowhere. As a result, instead of a long-term solution, lawmakers are left quibbling over Band-Aids.

"Each side filibustered the other's proposal, and we can all be thankful for that. There's little evidence to support the idea that temporarily cutting the payroll taxes paid by employers, as Obama proposes, would increase hiring. Instead, it's more likely to reward companies that were planning to expand anyway — a giveaway Washington can't afford. Nor does it make sense to pay for a temporary payroll tax cut with a permanent surtax on millionaires. Not that the Republicans had a better idea for financing the tax cut. Rather than coming up with a new mechanism, they proposed the same cuts in federal jobs and wages and reductions in Medicare and unemployment benefits for the wealthy that were floated as part of a larger deficit-reduction deal. By taking the easiest route to achieve savings, they'd make the larger and more important work that much harder.

"The impasse should prod lawmakers to strike a deal on a simple renewal of the payroll tax cut for employees, combined with a continuation of extended unemployment benefits. The former is a proven stimulus, and the latter should be a no-brainer. Until the economy grows faster, there simply will be too few openings to provide jobs even for the most eager workers."

Jon Healey, a member of the Los Angeles Times' editorial board, went further, criticizing Democrats' idea of paying for the cuts with a surtax on millionaires, and arguing that simplifying the tax code and lowering rates would be a better stimulus than a payroll tax cut.

"Even if you think the wealthy need to pay more of the federal tab, the right way to do so is by looking at all of the government's revenue needs. I've lost track of how many times Senate Democrats have proposed to slap a surcharge on millionaires to pay for this jobs program or that economic stimulus. Clearly, they're doing so to score political points against Republicans, who've voted consistently against any kind of tax hikes. Can we all agree that the point has been made, and get on with actual policymaking?

"There's broad agreement that the current payroll tax cut has been good for the economy, and that letting it expire as scheduled would be a drag on the already shaky recovery. That's why the editorial board called for extending the cut for another year. Rather than deepening the cut, though, Congress should seek a more meaningful stimulus by simplifying the tax code, broadening the base and lowering rates, particularly on the corporate side, where U.S.-based companies face among the highest marginal rates in the world."

Raising taxes on the rich: Not whether, but how

Bruce Bartlett, who worked in the administrations of U.S. Presidents Ronald Reagan and George H.W. Bush and later became critical of Republicans' fiscal policies, used the payroll tax debate to argue a broader point. Focusing on Republicans' opposition to a surtax for millionaires, he wrote in The New York Times' Economix blog that the rich must pay more in taxes, regardless of whether they are connected to the payroll tax debate.

"Republicans like to pretend that cutting spending is economically costless, even stimulative, whereas raising taxes in any way whatsoever is so economically debilitating that it dare not be contemplated. This view is complete nonsense.

"Careful studies by the Congressional Budget Office and others show that certain spending programs are highly stimulative, whereas tax cuts provide very little bang for the buck.

"Keep in mind that these results are symmetrical. A policy with a high multiplier, such as government purchases, will reduce the gross domestic product by exactly the same amount if it involves spending cuts. A tax cut with a low multiplier will have an equally small negative economic effect if it is instead done as a tax increase.

"This would suggest that one of the worst ways to cut spending, from a macroeconomic point of view, would be to do it the way Republicans proposed last week: by cutting government employment. Judging by [the Congressional Budget Office's numbers], cutting taxes for lower- and middle-income people and paying for it with higher taxes for higher-income people, as Democrats have proposed, is unambiguously stimulative."

A Baltimore Sun editorial last week was critical of Republicans' proposal to pay for a payroll tax cut extension by shrinking the federal workforce and freezing its pay.

"Democrats need to do a better job of pointing out the obvious: Lowering tax rates for the rich only serves to make the rich richer. And if Republicans want to finance the payroll tax cut, they should not do it by taking money out of the pockets of those of us earning far less than seven digits — and that also goes for health and safety inspectors, veterans hospital nurses, cancer researchers, FBI agents and the rest of the federal workforce.

"Cut government waste, yes, but extending the freeze on federal wages for another three years will not lower the deficit in any meaningful way and could hurt a lot of honest, hardworking people for no good reason. Raising taxes and reducing spending on the government's big-ticket items like the military and entitlement programs is the only way to correct the nation's long-term budget imbalance.

"There is room for compromise. Perhaps the size of the extension ... could be lowered. There is ample room in the federal budget for cuts in spending, too. But we've been down this road of negotiations several times this year, from supercommittee hearings to plain old leadership summits, and it never turns out well."