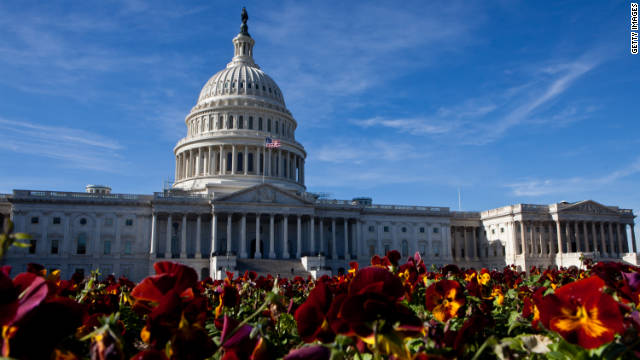 Congress is debating how to extend the payroll tax cut set to expire at the end of the year.
December 7th, 2011
07:35 PM ET

Overheard on CNN.com: Should wealthy Americans be taxed differently?

In light of Congress' work to fix the budget and haggle over the payroll tax cut, the perennial debate over the haves and have-nots is heating up. President Obama said Tuesday that some of the wealthiest in America pay far less in federal taxes as a percentage of their income than many lower on the income scale. He said in a speech that "a quarter of all millionaires now pay lower tax rates than millions of middle-class households. Some billionaires have a tax rate as low as 1%." (These numbers are not fully verifiable.)

The CNNMoney commenter response to this statement was interesting, and both passionate and personal. We heard from several folks who read the story and talked about how they became wealthy.

clr33: "I was a single, broke female with a child. I scratched a living while I put myself through school with no child support (father dead). I am now quite wealthy. I still work over 14 hours a day. I donate 20% of what I make. I set aside 10% more for my son and his family's inheritance. I pay for my parents' mortgage as a means to pay back the help they gave me in a time when I needed someone to watch my son. Why am I condemned now for this? Why must I give over most of my money to those who do not want to work this hard?"

There was also some cynicism about earning wealth.

bobbiss: "I have associated in a partnership with so-called millionaires in my career, as a partner and both were crooks. I went on my own. So my opinion of millionaires is just that, they got their fortunes, as crooks. The system is set up for them to screw people. The system is there to help them succeed. I am retired with money I earned honestly and paid taxes for and still pay taxes. I left these partnerships when I smelled a rat. The Occupy generation needs your support to get it right."

Many commenters said it's important to have wealthy people around to build the economy and create jobs, and many commenters also said they feared keeping taxes low would hurt the government and economy.

hokiefan: "Any money flowing downward from the corporations, rich, etc., feeds the economy. Show me a country where 'from each according to their ability, to each according to their needs' has ever worked? Who cares if the rich spend less of a percentage? They pay more taxes than 90% of the rest of us. This POTUS and his tribe are feeding the flames of class warfare. Class warfare has never created a stable, prosperous country."

useyourhead: "Lower taxes have never produced a great economy either. (And especially without record government spending, which hides the fact that low taxes even works at all!)"

There was a heated debate over flat taxes, with some saying they're fairer for everyone and others saying the numbers are deceptive.

fleetingfree: "We could cut everyone's taxes to a much more reasonable level if the write-offs were just gone. This would benefit the middle class the most. The write-offs are a scam for people with lawyers and accountants. All we need is one standard deduction for poverty level and then a flat tax rate."

phelonius: "Sorry, flat taxes do not benefit anyone but the richest. Period."

But many felt the rich weren't paying enough.

PeterPSA: "I also want to pay no taxes, just like those 4,000 households earning more than $1 million. I work hard, every day, often evenings and weekends. I don't have a swimming pool to lay by or swim in, I have a tiny backyard with a lawn chair, but lord knows I work my b'tt off. I work as hard or harder than those rich folks. And if corporations are people, then I also want to be treated like a corporation, since I am a person just like they are. I've heard they pay no taxes, either. Why am I being left out of these nice deals?"

Now, we want to know what you think about taxes, wealth and the economy. How much should people be taxed, and in what way? Is our current system fair, and how can we fix it? What do you think about the current loopholes out there? Share your ideas for solving the tax conundrum in the comments area below.