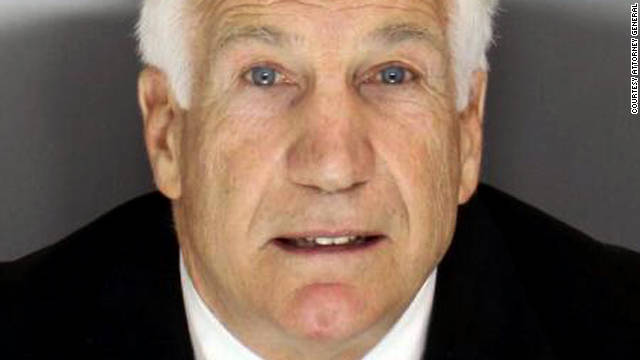 After Magistrate Judge Robert Scott asked Sandusky if he understood he was waiving certain rights, the former coach said yes, and the courtroom erupted in conversation and laughter. The judge admonished the crowd, and Sandusky and his attorney, Joe Amendola, left shortly afterward.

His arraignment is set for January 11.

Sandusky faces more than 50 counts involving the sexual molestation of 10 boys he met through a youth charity he founded, The Second Mile. He has denied the allegations, and is free on $250,000 bail.

Tuesday's preliminary hearing was to offer the first glimpse of what the accusers have to say beyond what was contained in a grand jury's initial 28-page presentment. Preliminary hearings are held to determine whether prosecutors have enough evidence to take a case to trial.

Defense attorneys often use the hearings as fact-finding missions, probing for botched police work or inconsistencies in the testimony of the prosecution witnesses.