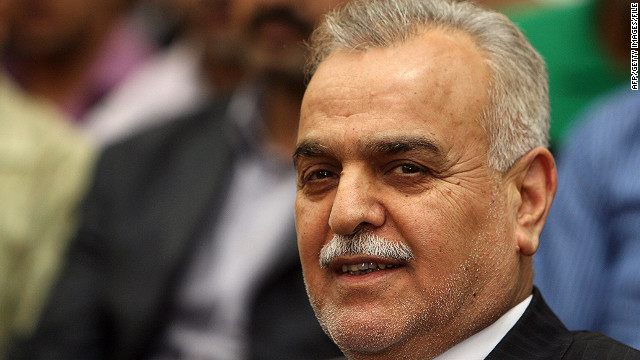 The warrant was issued under "Article 4," which is terrorism.

The Interior Ministry, at a news conference, showed what it called confession videos from people identified as security guards for al-Hashimi. In the videos, the men described various occasions in which they purportedly carried out attacks under direct orders from al-Hashimi.

One man said he carried out assassination attempts using roadside bombs and guns with silencers. He said the orders came from the vice president and at times through the director of his office.

CNN could not immediately confirm that the men in the videos were bodyguards for al-Hashimi.

Three of the vice president's security guards were detained earlier this month.

Al-Hashimi's office did not answer calls from CNN Monday.

Over the past few days, the office told CNN it feared that al-Hashimi's three guards would be forced to make false confessions.