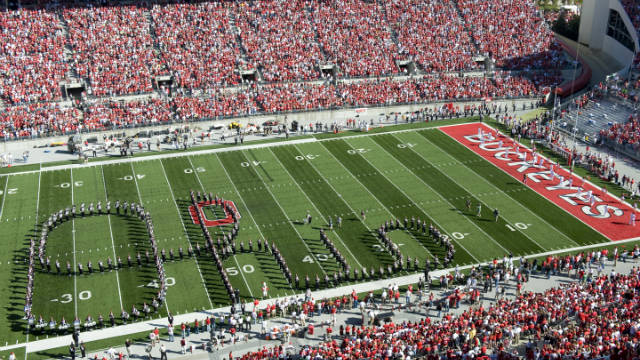 The Ohio State Buckeyes were penalized by the NCAA for violations.
December 20th, 2011
03:05 PM ET

Earlier this year, Ohio State said it was vacating all 12 of its victories from the 2010 football season and placing itself on two years' probation in the wake of a scandal that cost coach Jim Tressel his job.

Tressel resigned after being fined $250,000 and suspended for lying to NCAA officials investigating allegations that his players had received special benefits from local businesses in Columbus, Ohio.

In addition to the postseason ban, the NCAA imposed penalties of additional scholarship reductions, three years of probation, the forfeiture of almost $340,000 and all of its victories for the 2010 season.

These Egyptian sisters created an affordable water heater that uses only the power of the sun. It could be a game câ€twitter.com/i/web/status/1â€¦VX
cnni

3:33 pm ET January 24, 2022 RETWEET
Up to 8,500 US troops have been put on heightened alert for a possible deployment to Eastern Europe as Russian trooâ€twitter.com/i/web/status/1â€¦1T
cnni