An officer sought a supervisor's permission to shoot the gunman before he entered the school, says a report that ciātwitter.com/i/web/status/1ā¦Ji

A New York judge fined the Trump Organization's former appraiser $10,000 a day after holding it in civil contempt oātwitter.com/i/web/status/1ā¦ZE 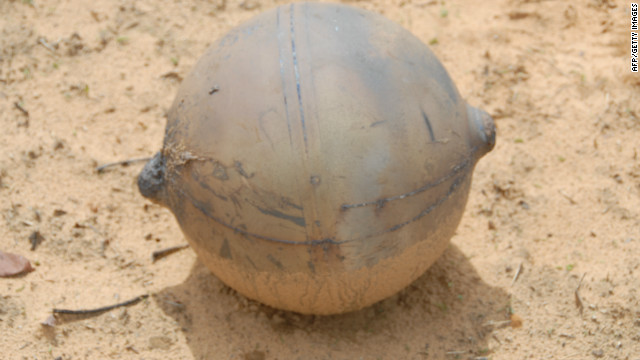 According to a report on The Namibian website, the 13-pound metal sphere with two bumps on its poles was found by a farmer near OnamatungaĀ in the Omunsati region between November 15 and November 20. Explosions were heard in the area before the discovery, but no evidence of an explosion was seen around the area where the object was found.

āA number of tests have been performed on the object, and it appears to be hollow. We are still busy with a detailed examination of the object,ā The Namibian quotes him as saying.