Cuba will pardon more than 2,900 prisoners, the government said Friday in an official statement published on the state-run website Cubadebate.

The decision follows "numerous requests" from prisoners' family members and religious institutions, and is a humanitarian gesture, the statement read.

Among those who might be freed are prisoners over the age of 60, and those who are sick, female or young with no previous criminal record.

It was not immediately clear whether Alan Gross, a jailed American, would be among those pardoned. 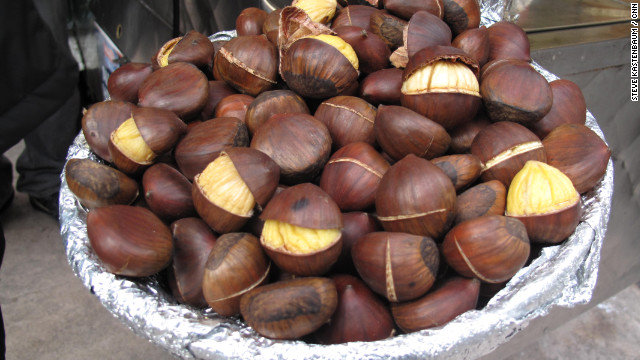 Tourists heading to the Christmas tree in Rockefeller Center in New York are lured in by the pleasing aroma of chestnuts.
December 23rd, 2011
06:33 PM ET

In the Big Apple, the aroma of chestnuts

Editor's note: Listen to the CNN Radio broadcast about the smell of chestnuts in New York:

Itâ€™s a familiar smell in the streets of New York this time of year. Alongside the hot dog carts and food trucks, you find vendors roasting chestnuts on the same stoves they use to heat up pretzels. Bowls filled with holiday treats hang from their carts.

Tourists heading to the Christmas tree in Rockefeller Center are lured in by the pleasing aroma as it wafts through the skyscrapers in Midtown Manhattan. A few bucks will get you a paper bag filled with the piping hot holiday treat.

â€śWe used to roast chestnuts when my grandfather was alive because he used to love them,â€ť said Jennifer DeSalle Zino of Cornwall, New York. â€śIt actually does make me think of him when he was alive and we would do that when he was a kid.â€ť

The aroma reminds many tourists of their childhoods. Ray Edmundston of Bayard, Delaware, couldnâ€™t resist the chestnuts. â€śMy grandparents used to take me in to see the Christmas parade in Philadelphia,â€ť Edmundston said, â€śand I remember the vendors at City Hall in Center City. Theyâ€™d have two or three vendors there sell roasted chestnuts.â€ť

The chestnuts are a street-food favorite in New York when the temperature dips down below the freezing mark. Youâ€™ll only be able to find them, though, for a few more weeks. 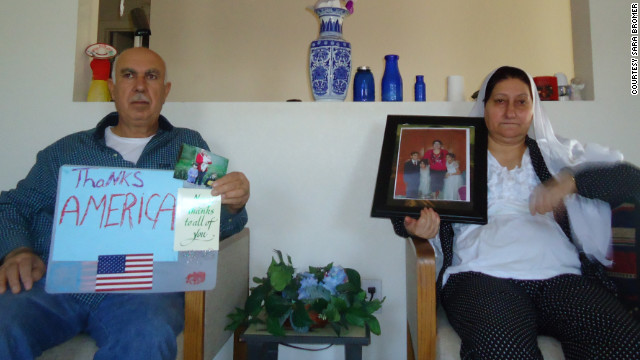 While the U.S. military has pulled out of Iraq, thousands of Iraqis who worked for the men and women in uniform are hoping to follow in their boot tracks.Â  But a special immigration program meant to facilitate the process has slowed to a crawl, leaving many Iraqis fearing for their lives as they wait to be accepted into the United States as refugees.

The hang-up seems to have been caused by an additional security screening implemented at the start of 2011. Iraqis requesting resettlement go through a series of security background checks and medical exams before theyâ€™re cleared to travel to the United States.Â  The process used to take approximately six months.

â€śWhen the newest layer went into place â€¦ Â it brought the whole system more or less to a halt,â€ť said Bob Carey, vice president of Refugee Resettlement and Migration Policy at the International Rescue Committee. The non-profit agency works on refugee issues around the world.

â€śCertain security checks expire. Medical exams, which have to take place before refugees enter the U.S., expire,â€ť said Carey. By the time all of the security checks are completed, he said, the initial screenings have expired and the applicants have to become recertified. â€śSo it becomes kind of a circle that refugees are caught in and canâ€™t get out of.â€ť

END_OF_DOCUMENT_TOKEN_TO_BE_REPLACED

Britain's Prince Philip was taken to a hospital on Friday for "precautionary tests" after complaining of chest pains, a Buckingham Palace spokeswoman said.

He was taken from Sandringham to the cardiothoracic unit at Papworth Hospital in Cambridge, she said. The royal family traditionally spends Christmas on the Sandringham Estate.

Philip, the husband of Britain's Queen Elizabeth, is also known as the Duke of Edinburgh. He turned 90 in June.

Noble nuptials â€” This wedding took place in April, but excitement for this event was high from New Yearâ€™s Day. Some people in the states hadnâ€™t been this eager for a royal wedding since Prince Charles married Lady Diana Spencer in 1981. Many felt their son Williamâ€™s wedding to Catherine Middleton lived up to the hype. Take a look back at Catherineâ€™s stunning dress and the iconic balcony kiss.

END_OF_DOCUMENT_TOKEN_TO_BE_REPLACED

Pakistani official: 'We are rethinking of our relationship with the U.S.'

(CNN) - The fallout over a Pentagon investigation that found lack of trust between U.S. and Pakistan was a leading factor in a deadly airstrike mounted Friday with a senior Pakistani government official saying his government was rethinking its relationship with Washington.

Relations between the two countries - and their militaries - have severely eroded in recent months, beginning in May with a secret raid by American commandos that killed Osama bin Laden and culminating with a U.S. airstrike that killed 24 Pakistani soldiers in November.

Details of the Pentagon investigation announced a day earlier found that U.S. forces acted in self-defense after being fired upon in Afghanistan, near the Pakistani border, though it cited "inadequate coordination" in the incident. Pakistan has said that it was the other way around - that their forces were attacked first.

"Currently, we don't care much about these findings, and we will see if a proper reaction is necessary once the actual report comes out," said a senior Pakistani government official with knowledge of the workings of the relationship between Washington and Islamabad.

[Updated 3:14 p.m. ET] At least 44 people were killed in a pair of grisly car bombings Friday in the Syrian capital, Damascus, the Interior Ministry told state-run media. Another 166 people were wounded, it said. The casualties included security personnel as well as civilians, the Syrian Arab News Agency reported.

The bombers targeted the State Security Directorate and another security branch in the Syrian capital with booby-trapped cars, the reports said.

The reports say the attacks resulted in a number of military and civilian casualties, though they did not say whether people were killed.

State-run television and newspaper reports say a preliminary investigation indicates the attacks are the hallmark of al Qaeda.

Beijing (CNN) - Veteran rights activist Chen Wei was sentenced to nine years in prison Friday by a Chinese court in one of the harshest sentences involving a dissident this year.

A court in Suining in southwestern China's Sichuan province found the 42-year-old guilty of inciting subversion of state power.

Chen was detained in February after he published essays online that mentioned the 1989 Tiananmen protests, calling for freedom of speech, democracy and political reform.

"Everyone has opinions, but he was brave enough to express his openly and was punished for it," Wang Xiaoyan, Chen's wife, said in an interview with CNN. "I feel no sadness, just pure anger at how this all played out."

More than 1,000 missing in Philippines after storm

(CNN) - More than 1,000 people are missing in the aftermath of a tropical storm that wreaked havoc across the southern Philippines last weekend, the country's government said Friday, as it grappled with the mounting humanitarian crisis in the region.

A total of 1,079 people remain unaccounted for, the Philippine National Disaster Risk Reduction and Management Council said in a statement. Earlier in the week, the disaster council said it had lost count of the number of missing as it tried to assess the scale of the destruction.

The death toll from Tropical Storm Washi, which set off landslides and flash floods that swept away whole villages, has risen to 1,080, according to the council.

North Korea says it will admit delegations from South

CNN) - North Korea will admit delegations from the South that wish to visit Pyongyang to express their condolences following the death of the leader Kim Jong Il, according to a statement posted on a government website run by the North.

"We will guarantee all convenience and safety of the South Koreans during their visit," said the statement on uriminzokkiri.com, dated Thursday, adding that the North would open to the delegations "all air routes and land routes through Kaesong," its industrial park, some 45 kilometers (27 miles) north of Seoul.

After Pyongyang announced on Monday the death of Kim, the dictator who had ruled the secretive dictatorship since 1994, Seoul has made a number of gestures as it tries to navigate the uncertainty created by the North's leadership transition. Pyongyang has named Kim's youngest son, Kim Jong Un, as the "Great Successor" to his father.

Seoul expressed its sympathy to the North Korean people through a statement on Tuesday. South Korea also said that while it would not send an official delegation to the North, it would allow a limited number of private groups to send delegations to the North if desired.

(CNN) - A series of earthquakes struck New Zealand near the city of Christchurch on Friday, causing damage and disruption in an area still recovering from a powerful quake in February.

The tremors have injured at least two people and resulted in the closure of the Christchurch airport, said Vince Cholewa, spokesman for the New Zealand Ministry of Civil Defence and Emergency Management. He added that he did not have any information about the severity of the people's injuries at the moment.

The first quake, with an epicenter 26 kilometers (16 miles) east-northeast of Christchurch, took place just before 2 p.m. Friday (8 p.m. Thursday, EST) at a depth of 4.7 kilometers, according to the U.S. Geological Survey. A smaller, 5.3-magnitude temblor followed eight minutes later.