Hackers targeted Stratfor, a global intelligence company, but it was unclear Sunday evening whether the breach and apparent release of credit card information was the work of the group Anonymous.

In a posting on the website Pastebin, hackers said they released Stratfor subscriber data, including information on 4,000 credit cards as well as the company's "private client" list. The posting cited AntiSec, a web-based collaboration with the activist hacking groups Anonymous and LulzSec.

U.S.-based Stratfor, which provides independent analysis of international affairs and security threats, sent an e-mail to subscribers on Sunday: "On December 24th an unauthorized party disclosed personally identifiable information and related credit card data of some of our members. We have reason to believe that your personal and credit card data could have been included in the information that was illegally obtained and disclosed."

Authorities responded to the address "in reference to a 911 open line," Grapevine police said in a statement.

The seven bodies - four female adults and three males - were found when officers entered the apartment. "All victims appear to have gunshot wounds," said the statement. 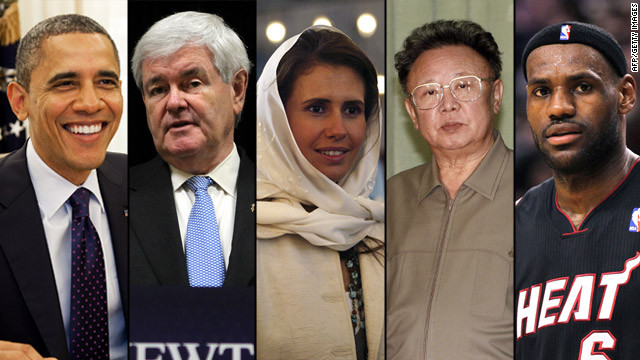 END_OF_DOCUMENT_TOKEN_TO_BE_REPLACED

On the eve of the planned arrival of Arab League observers, 10 people died and scores were injured in volatile Syria on Sunday, according to the opposition movement.

Activists described worsening conditions in cities and towns amid what they called an intensifying government offensive. This comes at a time when security forces and allied militia fighters are supposed to be withdrawing in order to end the violence involving more than nine months of protest against the government of President Bashar al-Assad.

Abu Omar, an activist in the embattled city of Homs, told CNN on Sunday that attacks by government forces began Friday and were continuing non-stop in some besieged neighborhoods. He said the gunmen are shooting at anything and everything.

China is launching a national online marriage database to fight bigamy, a move that has raised concerns among millions of Chinese about protection of privacy.

The Chinese government's announcement that it plans to make the database available next year comes amid reports last week that hackers gained access to the personal information of 6 million users of the China Software Developer Network, the state-run Xinhua news agency reported Saturday.

The hacking triggered widespread panic in China, and some Chinese citizens raised questions about the safety of the anticipated marriage database, Xinhua said.

The explosion struck a Catholic church in Madala, the agency said.

Authorities said a suspect fled the scene of the robbery and homicides in a vehicle that was idling near the home. The toddler, identified as Kaiden Gage Burnside, was inside the vehicle, they said.

"The car and the child have been recovered," said Lt. Ronnie Armstead, a spokesman for the Richmond Police Department. The boy was unharmed, Armstead said.

Investigators believe the assailant did not know the child was in a white GMC vehicle when he stole it, Armstead said.

Police have issued an arrest warrant for Jamal Clemons, 27, on suspicion of abduction, robbery, robbery with a firearm, using a firearm in the commission of a felony and a felon being in possession of a firearm, Armstead said.

Clemons, according to authorities, lives on the same street - about a block away - from the home invasion scene.

A major Darfur rebel leader and some of his top leaders have been killed, a Sudanese army spokesman announced on state-run radio Sunday.

"Our armed forces were able to destroy the renegade Khalil Ibrahim, who died along with members of [his group's] leadership that was with him," said Alswarmi Khalid, the army's spokesperson.

Khalid said Ibrahim and members of his group were surrounded and killed in the Wad Banda area - along the border between of North Darfur state and North Kordofan state, as they attempted to escape to South Sudan.

A stately villa in the heart of Rome that houses the world's only ceiling mural by the Italian painter Caravaggio iâ€twitter.com/i/web/status/1â€¦Vd
cnni

12:04 am ET January 21, 2022 RETWEET
Maybe there is something to visualizing success after all. Experts share how your expectations of yourself and yourâ€twitter.com/i/web/status/1â€¦1y
cnni