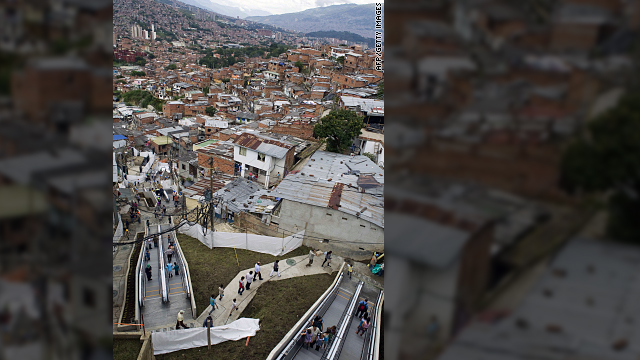 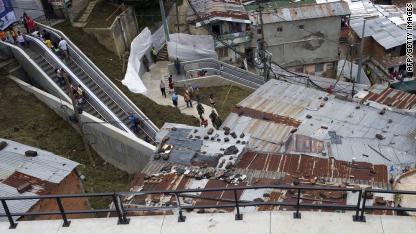 "TheyŌĆÖre really cool because it really gives you an advantage as youŌĆÖre going up," resident┬ĀYarley Villa told Caracol TV.┬Ā"ItŌĆÖs much more comfortable when youŌĆÖre carrying packages and stuff like that."

While some residents were happy to have┬Ā a replacement for the nearly 530 steps they used to have to climb (or the equivalent of 18 flights of stairs), others wished the money had been spent to help improve the housing situation or for food assistance, according to Colombia Reports.

This is the scene before curfew just outside the #BrooklynCenter police precinct . Protestors kneeled for nine minuŌĆtwitter.com/i/web/status/1ŌĆ”XF
sarasidnerCNN

10:37 pm ET April 13, 2021 RETWEET
The hours of peaceful protests broken a half hour after curfew ended. While most folks are just yelling water bottlŌĆtwitter.com/i/web/status/1ŌĆ”cZ
sarasidnerCNN

10:25 pm ET April 13, 2021 RETWEET
A history of being consistently active is strongly associated with a reduced risk of severe Covid-19, according toŌĆtwitter.com/i/web/status/1ŌĆ”wX
cnni

10:01 pm ET April 13, 2021 RETWEET
US President Biden's decision to pull US troops out of Afghanistan by September marks a pivotal moment after almostŌĆtwitter.com/i/web/status/1ŌĆ”Gm
cnni

9:46 pm ET April 13, 2021 RETWEET
US President Biden dispatched an unofficial delegation to Taiwan Tuesday in a show of support for the island, accorŌĆtwitter.com/i/web/status/1ŌĆ”j6
cnni