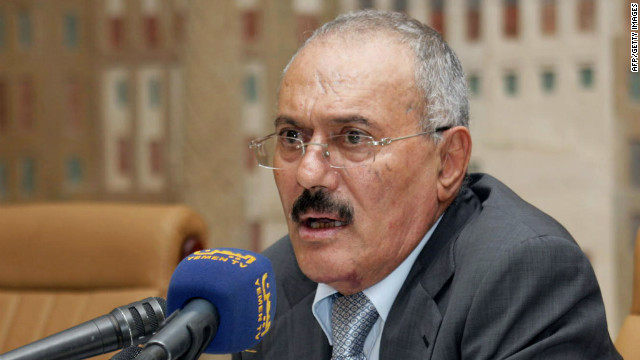 The official, who was not authorized to speak on the record because of the sensitivity of the issue, acknowledged that there was a debate within the administration.

The United States does not want to come across as providing safe haven to a dictator responsible for a violent, deadly crackdown on an uprising, the source said.

The decision was made in hope that Saleh's departure from Yemen could ease tensions in the country and help pave the way toward elections next year, the official said.

But it could have the opposite effect, said Brahma Chellaney, professor of Strategic Studies at the Center for Policy Research based in New Delhi.

"For the United States to give him refuge only incites more violence in Yemen," said Chellaney. "And it unnecessarily whips up anti-American passions. The last thing the United States should be doing is giving the impression that it is actually sheltering Saleh."