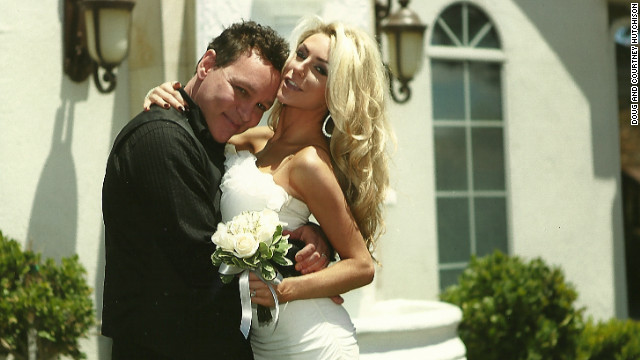 Gotta Watch: Your 15 minutes are over

They say everybody gets their 15 minutes of fame, and boy did these people squeeze every possible second out of theirs. But now their time is up. Relive these popular diva moments from a few of our favorites from this past year.┬Ā

Teen bride┬ĀŌĆö Doug Hutchison, a 51-year-old actor, shocked a lot of us when he married 16-year-old Courtney Stodden. The couple immediately made the rounds on talk shows, bragging about their sex life and how Courtney hasnŌĆÖt had any plastic surgery. After Courtney declared that Doug is a ŌĆ£tiger in bed,ŌĆØ not only did they make Anderson CooperŌĆÖs RidicuList, but HLNŌĆÖs Joy Behar took them on.

┬ĀFood freak-out┬ĀŌĆö Kate Gosselin, the famous mother of eight from the now-canceled TLC reality show ŌĆ£Jon and Kate Plus 8,ŌĆØ had a meltdown over a lunchtime mix-up this year. She chronicled her post-divorce adventures on ŌĆ£Kate Plus 8,ŌĆØ and Anderson Cooper could barely contain himself as he poked fun at her in one episode on his RidicuList. Her show aired its final episode in September.

Prickly with Piers ŌĆö Christine O'Donnell, a Tea Party favorite who made an unsuccessful bid for the U.S. Senate in 2010, talked to Piers Morgan about her book, ŌĆ£TroublemakerŌĆØ, back┬Āin August. When he wouldnŌĆÖt back off a line of questioning about her stance on┬Āsame-sex ┬Āmarriage, she walked off of the set. See her reason for leaving and PiersŌĆÖ reaction to the abrupt end of the interview.

Golden voice ŌĆö Early this year, Ted Williams shot to fame when a video featuring his deep, radio-ready voice went viral. It seemed like the perfect Cinderella story: a homeless man who becomes an overnight sensation on the Internet suddenly has job offers rolling in. Unfortunately, the man with the ŌĆ£golden voiceŌĆØ fell out of favor with the public nearly as quickly as he appeared after reports of his criminal background and ongoing addiction to alcohol surfaced. He checked into rehab and out of the spotlight. Watch Jeanne MoosŌĆÖ recap of his rise and fall.