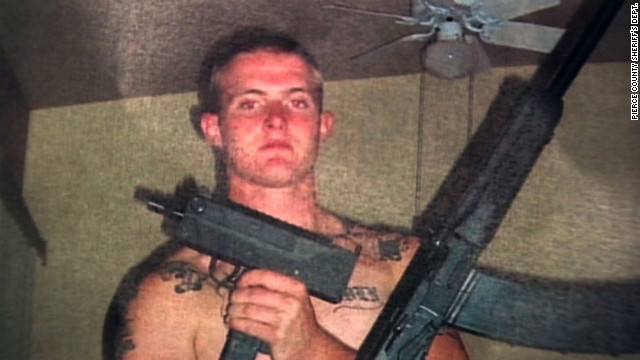 Police confirmed Monday that a body found in the snow is Benjamin Colton Barnes, the suspect in two shootings in Washington.
January 2nd, 2012
02:47 PM ET

Washington authorities had said there was a strong probability that a male body found in the snow Monday is the person of interest wanted in the shooting death of a Mount Rainier National Park ranger, a law enforcement official told CNN.

Detective Ed Troyer with the Pierce County, Washington, Sheriff's office said it would take several hours before authorities could confirm the identification.

The discovery came after a manhunt in snow-covered and wooded terrain for the man, whom authorities had sought for questioning in the fatal New Year's Day shooting of park ranger Margaret Anderson.

The bloodshed began with what the spokesman called "a normal traffic stop" around 10:30 a.m. PT (1:30 p.m. ET) Sunday. But the suspect didn't heed a request to pull over, prompting a ranger to radio ahead requesting assistance.

Anderson, 34, responded to that call and set up her patrol vehicle as a roadblock.

"When he (the shooter) arrived at that spot, he got out (of his car) and fatally shot her," said Mount Rainier National Park spokeswoman Lee Taylor.

The suspect then ran into the spacious national park, whose border is about 50 miles southeast of Seattle. The park - the centerpiece being the 14,410-foot Mount Rainier, which is considered an active volcano - comprises 235,625 acres in the Cascade Range.

The man was also wanted in connection with a shooting Sunday in the Seattle suburb of Skyway that left four people wounded, CNN affiliates reported, citing the King County Sheriff's Department.