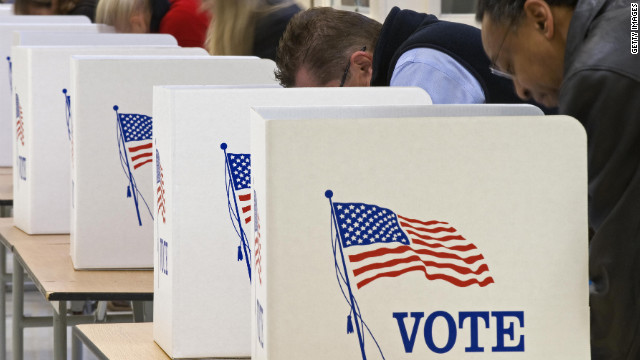 Editor's note: Overheard on CNN.com is a regular feature that examines interesting comments and thought-provoking conversations posted by the community. If you voted in the Iowa caucuses, tell us your story on CNN iReport. Or put yourself on video andÂ share your insightsÂ on the GOP race, and participate in the comments area below.

mtiger: "Meaningless? if you go to a popular vote then Half of California will dwarf ALL OF 15 states and DC ...Â New Mexico West Virginia Nebraska Idaho Hawaii Maine New Hampshire Rhode Island Montana Delaware South Dakota Alaska North Dakota Vermont Washington, DC Wyoming ...Â and if half of Texas votes, take out ALL OF Arkansas Kansas Utah Nevada. Popular vote is awful. Electoral votes give strength to the weaker states."

KootieBird: "Â I don't think it's a matter of what day we set aside for voting. I think it's more a matter of people feeling like their vote doesn't make a difference, that elections are rigged, and that there really aren't honest, hard-working politicians who care about the people to vote for."

9. Open up voting:Â A few commenters complained about the party system, and one suggested allowing people to vote for more than one candidate.

5:11 pm ET May 20, 2022 RETWEET
The German government has today approved the creation of a â‚¬9 ($9.50) monthly public transport ticket. It will be ltwitter.com/i/web/status/1â€¦znxQ
cnni

4:31 pm ET May 20, 2022 RETWEET
The US is expected to keep 100,000 troops stationed in Europe for the foreseeable future unless Russia escalates anâ€twitter.com/i/web/status/1â€¦hV
cnni

5:11 pm ET May 20, 2022 RETWEET
The German government has today approved the creation of a â‚¬9 ($9.50) monthly public transport ticket. It will be ltwitter.com/i/web/status/1â€¦znxQ
cnni

4:31 pm ET May 20, 2022 RETWEET
The US is expected to keep 100,000 troops stationed in Europe for the foreseeable future unless Russia escalates anâ€twitter.com/i/web/status/1â€¦hV
cnni

The Dow fell for the eighth straight week, its longest slide since 1923. The S&P briefly entered bear market territâ€twitter.com/i/web/status/1â€¦pz
cnnbrk