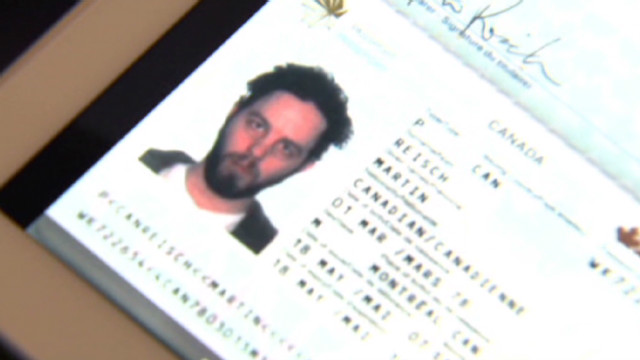 [Updated at 5 p.m. ET Friday] U.S. Customs and Border Protection says the "assertion that a traveler was admitted into the U.S. using solely a scanned image of his passport on an iPad is categorically false."

The Canadian man who made the claim had a driver's license and a birth certificate, "which the [U.S. border officer] used to determine identity and citizenship in order to admit the traveler into the country," CBP said in a statement released this week.

Scanned images are not accepted forms of identification, the CBP said.

[Initial post, 4:01 p.m. ET Wednesday] Forgot your passport? There’s an iPad for that.

At least in the singular case of a Montreal photographer who left home without the important document on his way to the United States. Martin Reisch said he was able to show a scanned copy of his passport to an American border guard and was given entry into the U.S., according to news reports.

To be sure, the incident was not without trepidation. "There was a slight hesitation; he didn't really seem like he was impressed," Reisch told CBC News. But the guard soon gave him back his iPad, and he was on his way to Vermont.

But isn't this a technological breakthrough? Could this be the Apple-white dawn of a new age of digital facsimile?What would Steve Jobs have thought?

“He’d probably say: ‘Here’s something to work on for the future.’ Maybe have some kind of digital certification or encryption to let people travel like this,” Reisch told The Montreal Gazette.

The only problem? A scanned or photocopied passport is not usually accepted.

According to the Canadian Border Services Agency, Canadian citizens entering the U.S. are required to present either a passport; a valid photo ID;  NEXUS or FAST cards, which are frequent traveler programs between the two countries; or a certificate verifying a person's Indian status.

Brian Masse, a member of the Canadian Parliament, told the Gazette that a scanned copy "is not a secure document. That could be altered, and could also lead to some precedents that would jeopardize (border) security."

Reisch told the paper, “I hope the biggest thing to come out of this is that it becomes a catalyst to change the rules.”

What do you think? Is it time for a digital ID?