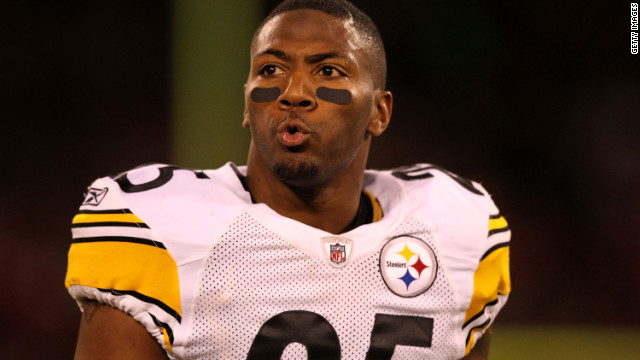 "Looking at data and all the variables he is at more risk, so we're not going to play him. It's just that simple," Steelers coach Mike Tomlin said Tuesday, according to CNN affiliate WPXI-TV.

"If he is in any more danger than any of the other 21 men on the field, then we err on the side of caution," Tomlin said at a news conference.

After a 2007 game in Denver, Clark had his spleen and gall bladder removed and lost 30 pounds from sickle cell complications.

But Clark told ESPN he thought he could play in Denver this weekend despite the risks.

"I talked to my doctors and we actually had a plan in place for me to play. All things pointed to me going until (Tomlin) told me I can't. He said he wouldn't have let his son play and so I'm not playing either," Clark told ESPN.

After hearing that, Clark said he couldn't argue with Tomlin's decision.

"I appreciate coach caring about me more than this football game," he said in the ESPN interview.

Sickle cell disease is a blood disorder in which normally round red blood cells, which carry oxygen throughout the body, become crescent- or sickle-shaped. They also become hard and sticky and tend to die early, according to the CDC. And because of their shape, they can become stuck in blood vessels leading to problems including infection and stroke.

Clark has been the Steelers' busiest defender this season, according to ESPN.com. He has been on the field for 1,009 snaps this season, or 98.7% of the team's defensive plays. He led the team with 100 tackles.

Clark will be replaced by Ryan Mundy in the starting lineup.