Tropical Storm Andres formed off the southwest coast of Mexico. It's the earliest that one has formed in the easterâ€twitter.com/i/web/status/1â€¦b4

An out-of-control Chinese rocket has plunged out of orbit and reentered Earthâ€™s atmosphere, according to China's sptwitter.com/i/web/status/1â€¦GUAb

Two women and a 4-year-old girl, believed to be innocent bystanders, were wounded in a shooting at New York's Timesâ€twitter.com/i/web/status/1â€¦84 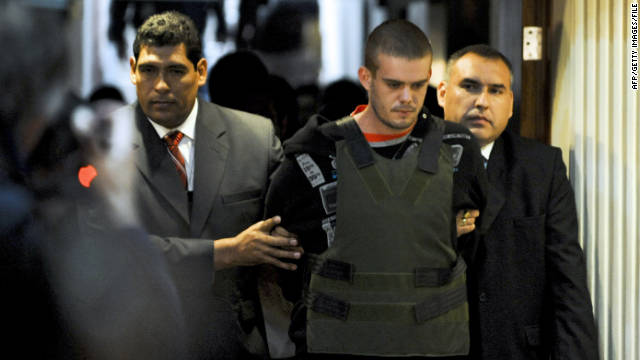 [Updated, 11:27 a.m. ET] Joran van der Sloot's attorney, who earlier said his client was going to plead guilty to all charges in connection with the death of a Peruvian woman, has asked for a recess in his client's murder trial to give him more time to reflect on what plea he will put forth.

When asked for a plea by the magistrates, van der Sloot said he wanted to give a "sincere confession" - a type of guilty plea - but did not agree with all of the charges against him. When the judge asked for clarification, he said he needed more time to decide his plea.

[Initial post, 8:54 a.m. ET] In a last-minute defense strategy change, Joran van der Sloot is expected to plead guilty to all the charges against him in connection with the killing of a Peruvian woman, his lawyer told CNN Friday.

The original plan going into the trial, which was set to begin Friday, was to admit to killing 21-year-old Stephany Flores, but to fight more stringent charges that could land him more time in prison, attorney Luis Jimenez said.

Jimenez said the intention of the new strategy is to give a "sincere confession," which under Peruvian law can qualify him for a more lenient sentence.

If van der Sloot goes forward with this approach, he could be sentenced as early as next week.

Maine-based startup Running Tide Technologies is experimenting with farming kelp in an effort to pull carbon from tâ€twitter.com/i/web/status/1â€¦mX
cnni

4:01 pm ET May 9, 2021 RETWEET
Bitcoin is facing an environmental backlash over the energy-intensive technology underpinning it. A new crypto calâ€twitter.com/i/web/status/1â€¦qz
cnni

12:02 pm ET May 9, 2021 RETWEET
This is Uruguay's version of a soup kitchen during the pandemic. Here they call it the "people's pot." Their missiâ€twitter.com/i/web/status/1â€¦x2
cnni