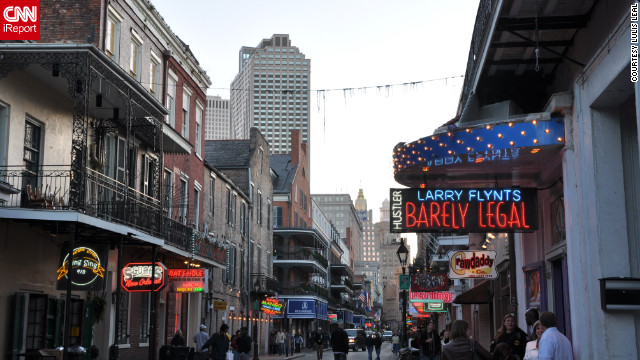 Supporters of the change say the district's booze and adult entertainment make it no place for children after 8 p.m.
January 6th, 2012
12:50 PM ET

New Orleans' longstanding citywide curfew for unescorted juveniles is about to get tighter in the city's famed French Quarter.

The City Council on Thursday voted to bar people 16 and younger from the district, plus parts of the Faubourg Marigny area, after 8 p.m. on Friday and Saturday - making the weekend curfew the same as the rest of the week.

Since 1994, juveniles citywide have had an 8 p.m. curfew Sunday through Thursday (9 p.m. in the summer). But they have been allowed to be out until 11 p.m. on Friday and Saturday.

Supporters of the change say the district's booze and adult entertainment make it no place for children after 8 p.m. on any day, and they hope it helps cut down on crime and underage drinking, CNN affiliates WWL-TV and WDSU reported.

"They should not be in a place that has over 350 alcohol beverage outlets and has countless strip clubs," French Quarter Management District Chairwoman Kim Rosenberg said, according to WWL.

The proposal prompted some controversy, with some council meeting attendees saying that the move appeared to show members caring more about tourists and the district's white-owned businesses than the rest of the city, the Times-Picayune reported.

Council members have said they will soon consider tightening the curfew citywide.

Mayor Mitch Landrieu's office said he would sign the French Quarter/Faubourg Marigny measure Friday, WWL reported. The changes would technically go into effect Monday, but because the curfew already is 8 p.m. on weekdays, the first real change would happen January 13.