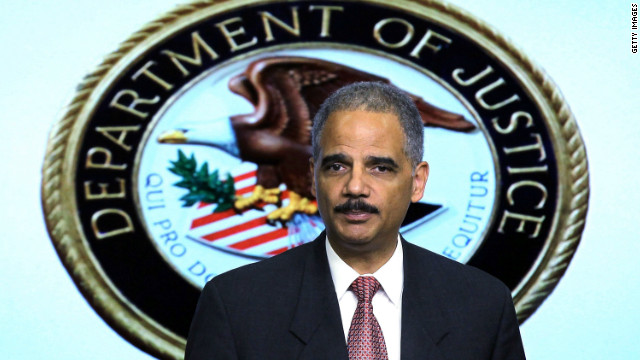 "The carnal knowledge of a female, forcibly and against her will" has been a legal definition of rape since 1927. But the Justice Department announced Friday that it is expanding this definition to include attacks against men. Any kind of nonconsensual penetration, no matter the gender of the attacker or victim, will constitute rape. Commenters had lots to say about this story.

Rape definition broadened to include men

Many readers said this new change has been long overdue.

Elmeaux: "It's about time. Violence of this nature against any human being must be measured by the same yardstick."

Men can be rape victims as well as women, many commenters noted. A lot of them cited the abuse of male children, as well.

janetfis: "It's about time! People need to understand that men can be victims too! Look at the kids raped by their teachers. Or young boys sexually abused by their mothers. The blame is usually placed on the male and that is not always the case. This law should have been in place eons ago!"

A few wondered whether the definition would lead to unjust accusations against those who have sex while intoxicated, while others said inebriation is irrelevant.

Insiteful: " ' It also includes instances in which a victim is incapable of giving consent because of mental or physical incapacity, such as intoxication.'

How about instances in which the 'perp' is incapable of asking or assessing consent because of mental or physical incapacity, such as intoxication?"

Several readers wondered whether this update was related to events in the news or was at least well-timed.

siracco: "Inspired no doubt by the pervs in the sports industry and Catholic church."

Some readers thought people were focusing too much on the Catholic church.

response2cnn: "Uh, yeah, there are many cases of public school teacher pedophilia, but for some reason it's easy to say the whole Catholic Church are pedophiles, but not the whole public school system.

I know of no priest personally who was a pedophile, accused or not. I know several priests and bishops who embezzled. I know a priest who had an affair with a parishioner (straight in case you are wondering). I know of at least two cases of pedophilia in my middle school and high school. Neither were prosecuted, and one resulted in a pregnancy of the high school student. The result of that second case was the teacher was moved to the next school district, with NO warning to our school district that a pedophile was being hired, even though it was the same county superintendent in charge of the 'firing' and rehiring. Luckily, at our school, the teacher 'only' started sexually harassing girls and did not actually have relations with any of our students.

Please don't miss the forest for the trees. Institutions that focus on children attract pedophiles. The public education system in the U.S. is far worse than the Catholic Church is. But also remember that in other countries, priests often were teachers, that double-whammy of child contact and hiding pedophilia."