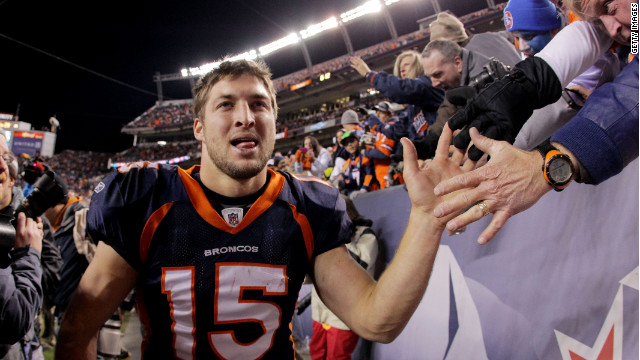 "While this has tremendous star power, itâ€™s just so lopsided in the Patriots' favor. Thatâ€™s what we saw during the first meeting on Dec. 18, when Brady and the Pats whipped the Broncos, 41-23, in Denver. Thereâ€™s no reason to believe Brady wonâ€™t outduel him once again."

FOXSports.com's Mark Kriegel, writing under the headline "Tebow's most amazing trait? Humility,"Â  says that Tebow was entitled to a little trash talk directed toward his doubters.

"If anyone was entitled to a self-righteous 'I told you so,' it was Tebow. Instead, he said: 'Iâ€™m just blessed to have an opportunity to be the quarterback for the Denver Broncos and play in a game in front of such great fans and with great teammates,' â€ť Kriegel wrote.

"Being neither as good nor as modest as Americaâ€™s saintly quarterback, I donâ€™t mind telling you a bit: I told you so," Kriegel wrote.

Health officials in the United Kingdom are advising parents and schools to watch for Strep A infections following tâ€twitter.com/i/web/status/1â€¦Jw
cnni

Health officials in the United Kingdom are advising parents and schools to watch for Strep A infections following tâ€twitter.com/i/web/status/1â€¦Jw
cnni