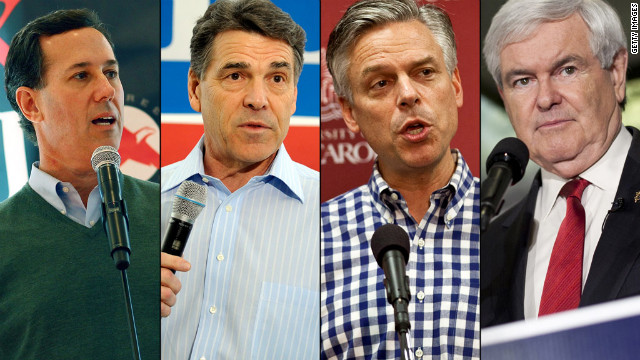 Those four had sued the state's board of elections because they were left off Virginia's ballot.

Virginia requires candidates to obtain 10,000 signatures from registered voters in the state, with at least 400 signatures coming from each of the commonwealth's 11 congressional districts.

Huntsman and Santorum did not file such a petition with the Virginia State Board of Elections. Gingrich and Perry filed petitions that were later rejected by the Republican Party of Virginia for not meeting requirements.

What are the chances? A street performer in Boston was singing a John Legend song when she spotted him in the crowdâ€twitter.com/i/web/status/1â€¦rZ
cnni