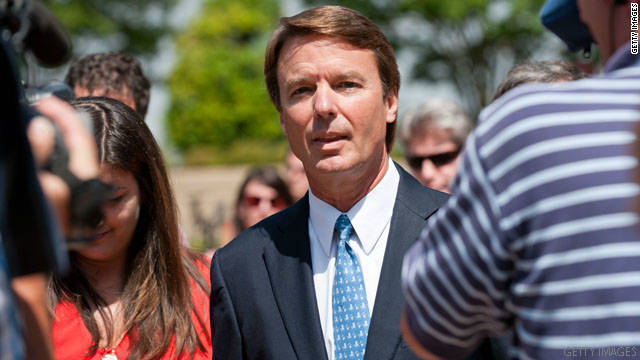 Attorneys for Edwards were in a North Carolina courtroom Friday seeking a delay in his criminal corruption trial, scheduled to begin this month. The attorneys also sought a delay last month, saying Edwards had an unspecified medical issue.

Edwards - a former U.S. senator from North Carolina who sought the Democratic presidential nomination in 2004 and 2008 - was indicted in June on six counts including conspiracy, issuing false statements and violating campaign contribution laws. He pleaded not guilty.

If convicted on all counts, he could face up to 30 years in prison and a fine of up to $1.5 million.

In September, the trial was delayed until January 30 after Edwards' attorneys said he needed more time, in part due to his position as the sole caretaker of his two youngest children, ages 11 and 13, after his wife, Elizabeth, passed away in December 2010.

A chief issue in the upcoming trial is whether money given to support Edwards' mistress, Rielle Hunter, by the then-candidate's benefactors should have been considered campaign donations, a contention Edwards' team has disputed. They maintain the money was a gift to Hunter.