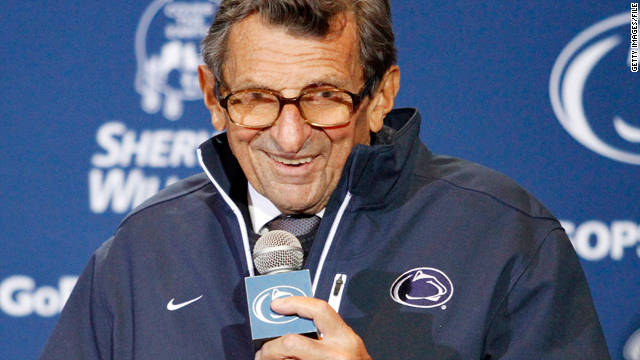 The family hopes his hospitalization is brief, Scott Paterno said.

Joe Paterno's family announced in November - days after he had lost his job as Nittany Lions head coach amid a scandal involving one of his former assistants - that he had been diagnosed with a treatable form of lung cancer. Paterno, 85, has received chemotherapy treatments, CNN reported last month.

He was hospitalized for a few days last month after fracturing his pelvis when he slipped and fell at his home, sources told CNN at the time.

Paterno, the all-time winningest football coach in Division I history, was fired amid criticism that he hadn't done more when a sexual assault allegation surfaced regarding his longtime defensive coordinator, Jerry Sandusky.