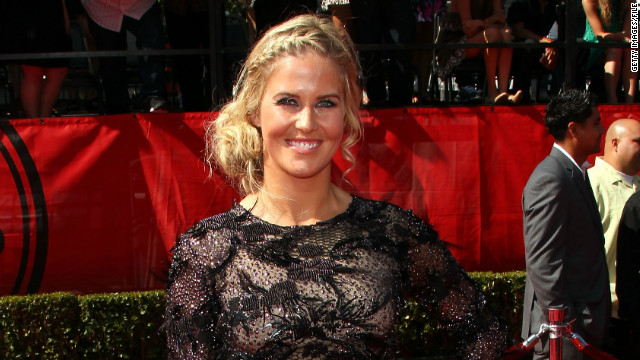 The family of freestyle ski champ Sarah Burke canceled a planned news conference Monday as they await the results of further tests on the injured athlete, an official for the University of Utah hospital said.

Burke was critically injured during practice in Utah last week.  She had successful surgery Wednesday to repair a vertebral artery tear, which had caused bleeding in her skull, the hospital said.

On Friday, the hospital said there would be a press conference concerning Burke on Monday. But Monday morning that was canceled.

"Late last night, Rory Bushfield, Sarah's husband, and members of her family met with physicians to discuss the results of Sarah's most recent neurological tests and assessments. Based on the information they received, we regret to inform you that they have decided to cancel today's press conference in order for further tests to be conducted this morning and in the coming days," according to an e-mail from hospital spokeswoman Nicole Wool.

Last Friday, the hospital said Burke was in critical condition after the surgery.

"With traumatic brain injury, our care is focused on addressing the primary injury and preventing secondary brain damage, as well as managing other injuries sustained at the time of the accident; all of which requires close monitoring and intensive care. At this moment, Sarah needs more time before any prognosis can be determined," said a statement from neurointensivist Safdar Ansari, who is coordinator of the team caring for Burke.

Burke reportedly fell while trying a trick and "whiplashed" onto her side at Park City Mountain Resort's superpipe on Tuesday, officials have said. Resort spokesman Andy Miller said Burke was treated at the scene before being flown by helicopter to the hospital.

The skier's family remained with her, the hospital said Monday.

"The family wants to express their deep appreciation for the overwhelming support Sarah has received from all over the world. They ask that everyone continue to keep Sarah and Rory in their prayers," the hospital said.

Further updates would be posted on Burke's website, the hospital said.

Burke, a native of Ontario who now lives in British Columbia, was 11th in the Association of Freeskiing Professionals overall rankings last year. She has won four gold medals in the Winter X Games, the event she was training for at the time of Tuesday's accident. She also won gold at the 2005 world championships in Finland and in 2007 received ESPN’s Best Female Action Sports Athlete award.