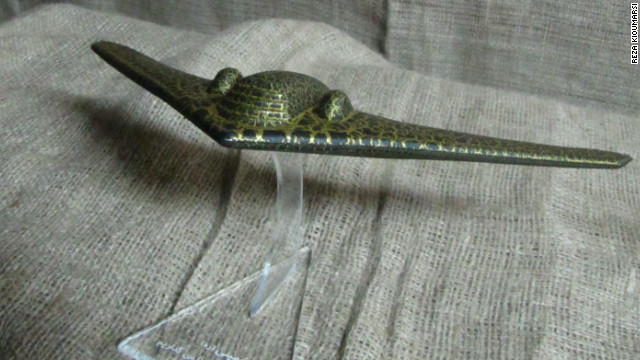 An Iranian non-profit company says it will send numerous miniature toy drones to President Barack Obama as a present.
January 18th, 2012
04:54 AM ET

An Iranian non-profit company says it will honor U.S. President Barack Obama's request that Iran return a drone that crashed there last year.

But instead of the actual drone, the company says it will send miniature toy versions. A lot of them.

"We plan to send a full squadron of 12 to the White House for President Obama as a present," said Reza Kioumarsi, a spokesman for the Aaye Art Group, a Tehran-based non-profit, non-governmental company that makes novelty items.

The company is trying to determine what Obama's favorite color is before sending the drones, which are 1/80th the size of the real drone, Kioumarsi said.

"We've asked for it back. We'll see how the Iranians respond," Obama said at the time.

This is probably not the response Obama was seeking.

3:00 am ET July 6, 2022 RETWEET
An online database containing the personal information of up to one billion Chinese people was publicly accessibleâ€twitter.com/i/web/status/1â€¦qn
cnni

2:30 am ET July 6, 2022 RETWEET
The US Centers for Disease Control and Prevention has put Sweden, Guatemala and Morocco on its "high" risk list forâ€twitter.com/i/web/status/1â€¦M0
cnni