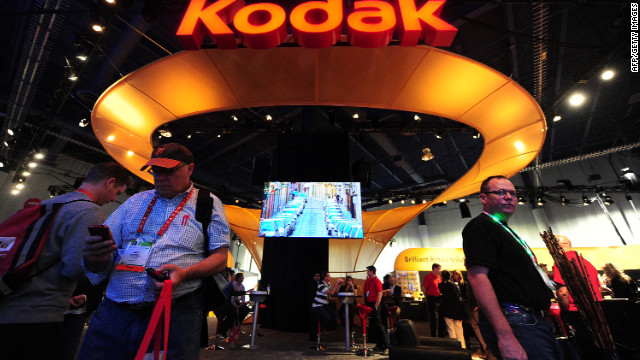 Kodak listed total assets of $5.1 billion and debts of $6.75 billion in the filing in the southern district of New York.

Kodak said it has obtained $950 million in financing from Citibank to maintain operations. The company said the credit facility is still subject to court approval.

Kodak said it has enough liquidity to continue to operate during the bankruptcy process.

The company's shares, which had already dropped more than 90% in the past year, fell further this month after the Wall Street Journal reported that the company was preparing for a bankruptcy filing in case an attempt to sell a number of digital patents failed.

A day before that report Kodak disclosed that the New York Stock Exchange had warned that it could be delisted in six months if its struggling stock price does not recover. The warning was triggered by the fact that the stock's average closing price has been less than $1 per share for thirty consecutive trading days.

Earlier this month, Kodak announced it had streamlined its corporate structure as part of the ongoing effort to evolve from film to digital.

Kodak said the company is now structured into two divisions, the commercial segment and the consumer segment, as of Jan. 1. These segments will report to the newly created chief operating office, which is led by Philip Faraci and Laura Quatela.

The company was previously organized into three divisions, the graphic communications group, the consumer digital imaging group and the film, photofinishing and entertainment group.

Kodak was a relatively early pioneer in the field of digital photography, though it has been slow to leave behind its heavy reliance on outmoded film technology.