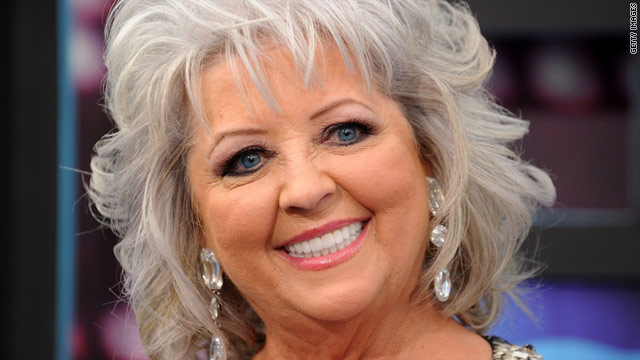 Some of the biggest talkers in the news this week have been stories revolving around food that might make you look at your menu a little differently.

Lots of our readers have been talking about Paula Deen's type 2 diabetes revelation. The popular foodie has had the disease for three years, and is now a paid spokesperson for a diabetes medication. Andrew Weil issued her a challenge to change her eating. Some folks were outraged. Here's what one disenchanted fan said:

NekoMouser: "You know, I used to get Paula's back. I'm from the South and I love Southern cooking. I just love it in some moderation now that I'm older. However, to know not only that this sort of diet has actually made her sick, but that she hid that sickness for three years (while still pimping this diet to her fans) UNTIL she could ink a deal to profit off selling drugs to help treat the illness she's also helping to create ... there is something diabolically twisted about that. It's like doing cigarette ads while secretly having lung cancer and only coming out once you get a lucrative cancer treatment spokesperson job ... while still selling cigarettes, too. It's the profiting at both ends that is so wrong."

Some comments came in defending Deen:

looney0tunes: "I watch Paula Deen's show on the Food Network. She always mentions that she doesn't eat like that every day and suggests to eat in moderation. Leave Paula alone."

Nancee1234: "I think hiding the diagnosis and continuing to push fatty, high-carb foods doesn't say much about what she thinks of her audience. Either she's in total denial about her dietary malfunctions or she just doesn't care about who she's teaching what to. But, to 'come out' along with signing on to a drug company is really the bottom. I don't think she's anywhere near getting it. Pathetic. Profit over her audience's health."

But some people said diabetes is not inevitable.

Tomego: "My grandma lived to 103, almost 104 eating that same diet. Some people are more prone to it and others live just fine on it. Stop hating on someone because they are cooking what they enjoy. I'd rather enjoy what I am eating and die early than live a few extra years eating stuff I deplore for my entire life. If you don't like how she cooks, don't watch her show. That simple."

This reader posted a comment critical of Weil, and got several likes.

ding6: "Ah, yes Mr. Wiel, you are, of course, smarter than everyone else. And smug, too, I see. Much of the obesity is due to low-income folks who cannot afford to buy the fixin's for healthy eats. And the single mother working two jobs who is just too exhausted at the end of the day to prepare 'from scratch' meals. Why don't you post a full profile shot of your svelte chassis? Your beard doesn't hide your chubby cheeks."

A few theories popped up, and there were also skeptics.

TWATX: "She was diagnosed in 2008 and didn't feel the need to share then. Now when a drug company's backing her, it's big news. This is all about $$$. Keep cooking unhealthy food, Paula, so you and your drug company can make more money."

liberty89: "Sounds like a good business strategy by a private citizen. Unhealthy food would still be in demand if Paula was a 110-pound vegan."

Some said this is typical American mentality.

Markham51: "Paula is just another influence peddler. Eat fatty foods ... then take drugs to fix the problem (don't forget MY cut!) It's no wonder why we are the fattest most medicated people in the world!"

Onward to another story people are talking about.

Child slavery and chocolate: All too easy to find

CNN is taking a look at the role of child slavery in chocolate production as part of the ongoing Freedom Project special. Plus, CNN iReport is challenging readers to get creative with fair-trade chocolate.

A few of our readers said we can't expect to get something for nothing (or close to it).

Guri Singh: "I am sorry to say this but here it goes: We humans (all over the world) are responsible for what Abdul and other kids like him go through. It is our greed that makes us take advantage of others. Yes, it is us consumers, who want that 50-cent chocolate bar, the same price we paid 10 or 20 years ago. Something is amiss. We cannot get a cheap chocolate bar and still want everyone to get fair price/wages. We, the consumers, need to change our behavior. Say NO to companies that don't use fair price and non-child labor cacao. A child is supposed to be in SCHOOL and not working for your chocolate."

maary: "Do you really think the corporations that exploit these children would pay them more if they charged more? The whole reason for going to these countries is that they have nothing. ... They can pay them pennies, or as this chid is paid, in food ... Sorry. The greed of the rich would not allow for paying these people more. But charging us more? Yes, they would do that."

Some say it's not a surprise.

John: "You're kidding, right. Everything manufactured has some sort of 'slave' labor. Your iPhone, shoes, clothing, food .... you think your fellow American works minimum wage in the hot sun picking grapes? It's been here all the time, people are just ignorant to the obvious till it affects them financially or emotionally."

Some say kids could be harmed if their income, no matter how small, is taken away.

whatsitreally?: "These injustices have been brought to the American media, see? And what will happen now? The Americans will buy less chocolate and some of these kids will be left with no way to feed themselves? I know it is not fair these kids do not have the opportunities our kids have. I know it's not right for a child to go without an education in today's world. But their home and our home are two very different places. Before you decide to never buy any chocolate ever again, make sure there is an alternative for these children in place. No need to make a bad situation worse."

Anchorite: "I have not eaten chocolate or cocoa unless certified third-party as fair trade in several years now since seeing this on the Independent's website. Amazingly, I'm not dead yet, and I have found sources of slavery-free chocolate http://vision.ucsd.edu/~kbranson/stopchocolateslavery/ And it's shocking how some heartless people on here are like, 'Well I worked as a kid so this is fine.' It's like Donald Rumsfeld saying sometimes he stands up all day at work so it can't be that bad to torture POW's with stress positions. Agricultural slavery is kidnapping, false imprisonment, assault, and if you die while in bondage, then it is also murder. It is robbing someone's entire life. I thought we answered this in 1865 but apparently some people think it's OK to live the good life by treating others like chattel."

max: "Did you make sure that your underwear and clothes are fair trade? All clothes sold in the malls and Wal-Mart, Macy's, Gap, etc., are child-labor extensive ... in India, Bangladesh, China. Vietnam, etc."

Finally, onward to an opinion post on another hot topic in a tough economy.

Criticism aside, food stamp program is "an essential lifeline" for 46 million people

Author Stacy Dean asserts that food stamps are essential. An interesting discussion started on the Eatocracy blog. Many were upset about the food stamp program.

Down by the river: "LOLZ, there is a culture embedded here that teaches their children to seek out all of the assistance programs available as a means for life-long sustenance. The cycle is then repeated with their children. It’s not completely their fault. The government should rewrite the rules on some of it such as 'If you make more than $300 a month you can't receive any benefits from this program.' WTH!?!! Who can live on that? You are better off sitting at home and getting the freebies!"

Some said food stamps are problematic.

Trollie McFischerman: "Public aid of any kind is the liberal agenda. Steal from those who've earned it and pass it out to lazy bums who sit on the couch all day. Have some pride! Get a job! Sick of those leaching off of others."

VladT: "Without those employers, there are no jobs. By the way, you are implying that everyone on food stamps is working. That is a complete fabrication of the truth. Us working people are upset that our taxes are being used for people who DO NOT work and yet get free food, as well as other assistance."

This reader suggested a change in priorities.

Truth™: "As much as I have a complete, total and utter disdain for politicians of both stripes these days, I think it is a complete travesty that we give aid to nations that hate us, while our own people are going hungry. Makes we want to grab a pitchfork and head to DC."