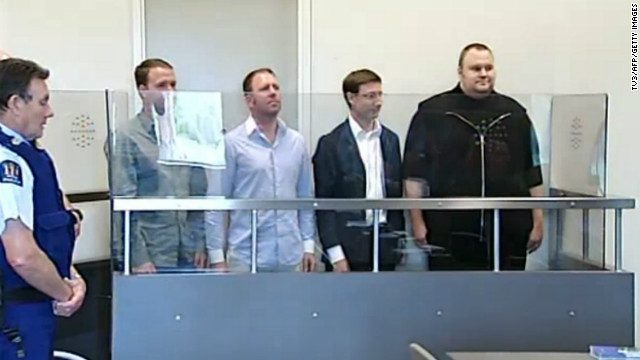 The founder of the shuttered file-sharing site Megaupload appeared in a New Zealand court Monday as the U.S. Department of Justice seeks to extradite him and other company officials on criminal charges. But his lawyer insisted his client is innocent.

The U.S. authorities shut down Megaupload last week and announced indictments against seven people connected to the site, accusing them of operating an "international organized criminal enterprise responsible for massive worldwide online piracy of copyrighted works."

Four of those charged were arrested in New Zealand at the request of the U.S. government. They included Kim Dotcom, the site's founder, who is also known as Kim Schmitz. The New Zealand police detained Dotcom, a German citizen, on Friday after a dramatic raid on his luxury mansion in the affluent North Shore area of Auckland, the country's largest city.