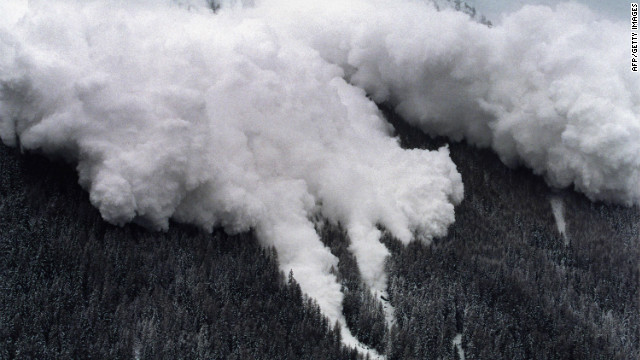 People in the Northwest are digging out from major storms this week. Some are taking advantage of the fresh powder, but winter sports come with risks. When things go wrong, they can go very wrong. Watch these incredible survival stories from athletes who were caught in avalanches.

Snowmobile scare ‚Äì A group of buddies in Washington State headed out for a fun day on snowmobiles but got a major scare, instead. One man was caught in an avalanche and was unable to move or breathe under the snow. His friend captured the whole thing on his helmet cam.¬Ý

Skiing nightmare ‚Äì Watch this incredible first-person helmet-camera video from a skier who was caught in an avalanche. Buried under several feet of snow, he was uncovered in a matter of minutes. Check out why his friends were able to locate him.¬Ý

Buried on a glacier ‚Äì A skier in Washington State set out early one morning to ski from the summit of Ingraham Glacier. He never made it to the top. Instead, he was buried by an avalanche. Watch the videos he took that day and hear his chilling tale.¬Ý

Extreme avalanche ‚Äì This skier didn‚Äôt just get caught in an avalanche. He created one. This extreme skier in the French Alps created his own avalanche and rode it straight off a cliff for a thrill. See how he made it through the daredevil feat.¬Ý