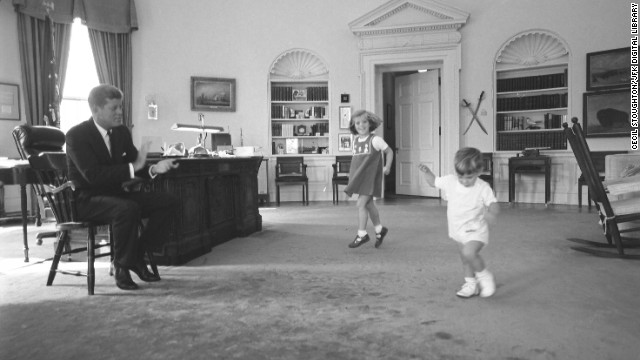 "What is it that we can [do to] make them decide that they want to vote for us, Democrats and Kennedy – the Democrats not strong in appeal obviously as it was 20 years ago. The younger people, party label – what is it that’s going to make them go for us. What is it we have to sell them? We hope we have to sell them prosperity but for the average guy, the prosperity is nil. He’s not unprosperous but he’s not very prosperous; he’s not going make out well off. And the people who really are well off, hate our guts," Kennedy says in a recording released Tuesday by his presidential library and museum in Boston.

“The Viet Cong war will be won (by the United States) if the current U.S. military and sociological programs are pursued,” Gen. Victor Krulak said.

"The people I talked to in the government when I asked them about the war against the VC, they said that is secondary now – our first concern is, in effect, in a war with the regime here in Saigon. (pause). There are increasing reports in Saigon and in Hue as well that students are talking of moving over to the Viet Cong side,” Mendenhall said.

To which Kennedy replied: “You both went to the same country?”

“I talked to Rickover in connected with this nuclear carrier and while we were discussing it, he said, ‘You know that Anderson was absolutely insubordinate during the Cuban crisis. He consciously acted contrary to the president's instructions. I just thought you'd be interested. Rickover told me 10 days ago."

"Although on the one hand releasing the final recordings is a bittersweet milestone, on the other, we hope that the public will appreciate having the opportunity to hear these important discussions first hand,” library archivist Maura Porter said in press release. “The presidential recordings are an historical treasure for those interested in truly feeling like a participant during Oval Office discussions from this time period. No other avenue can present the facts quite like listening to the players themselves.”