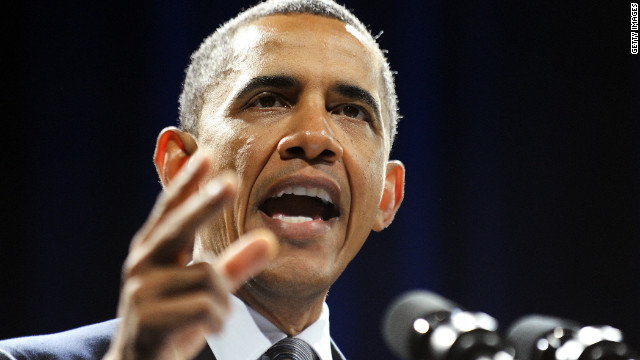 President Obama's State of the Union speech will describe a "blueprint for an economy that's built to last," sources say.
January 24th, 2012
04:16 AM ET

Obama to lay out proposals, address economy in State of the Union

In his last State of the Union speech before the 2012 election, President Barack Obama will pitch a series of proposals and will address the topics of economic inequality and how a government should ensure "a fair shake for all."

The president has proposed such steps previously as part of his administration's efforts to spur the nation's still sluggish recovery from the recession.

Democratic sources briefed on the draft speech say it will describe a "blueprint for an economy that's built to last."

That blueprint will focus on manufacturing, energy, education and middle-class values, according to a video released on the Obama's campaign website and Democratic sources who have been briefed on the address.