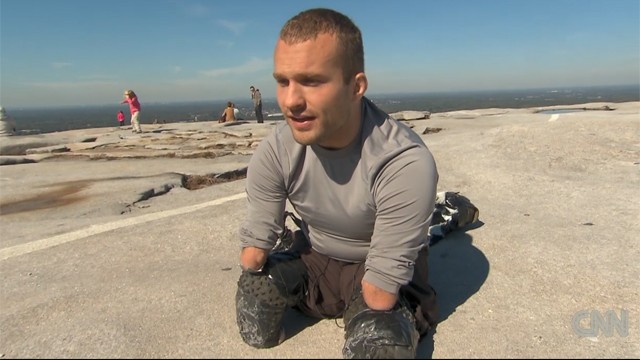 Actress and athlete – Aimee Mullins has a long list of accomplishments. She has modeled high fashion in London and broken world track and field records. She also has no legs. Dr. Sanjay Gupta talks to her about her philosophy on life.

Young activist – A young Cambodian orphan with no hands and one leg was adopted by a family in Canada. Now he’s raising awareness for other orphans from his birth country. See what he’s doing to bring in money for others.