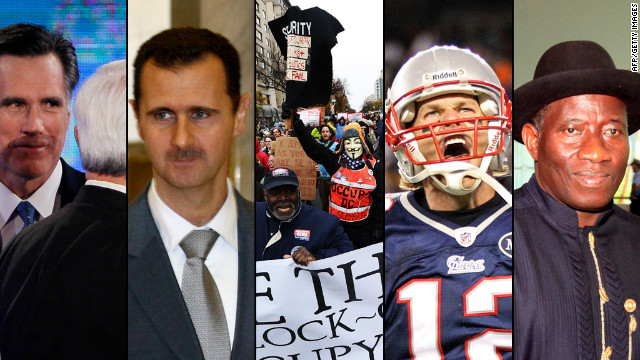 This month's first three Republican presidential nominating contests produced three different winners. This week, the candidates will have a chance to distinguish themselves in two votes: Tuesday's Florida primary and Saturday's Nevada caucuses.

Former Massachusetts Gov. Mitt Romney, who won the New Hampshire primary, is leading his rivals in Florida, according to polls released over the weekend. Romney leads former House Speaker Newt Gingrich, the South Carolina winner, by double digits in the Florida surveys, while former U.S. Sen. Rick Santorum of Pennsylvania, who won Iowa by a razor-thin margin, and U.S. Rep. Ron Paul of Texas trail the pair.

Romney has benefited from strong debate performances last week and advertisements that harshly attacked Gingrich. The former House speaker has responded by challenging Romney's honesty in the debate and in the anti-Gingrich ads.

The increasingly vitriolic campaign rhetoric caused some Republicans to lament infighting that they fear will hurt the surviving candidate's chances of defeating President Barack Obama in November. In particular, U.S. Sen. John McCain of Arizona called for a halt to the Republican debates - 19 so far this campaign dating back to May - that he said have "turned into mud wrestling instead of exposition of the candidates' views on the issues."

Paul is focusing more on races that award delegates proportionally, rather than winner-take-all states. He's spent a good amount of time recently in Maine, where caucuses will take place from Saturday through February 11.

Diplomats at the U.N. Security Council this week will consider a draft resolution that would call on Syrian President Bashar al-Assad to step down and transfer power to his vice president. The consideration comes after months of violence by the Syrian government against anti-Assad protesters, according to opposition groups,.

The resolution, introduced by Morocco last week, also would support "full implementation" of an Arab League report that called on Syria to form a unity government within two months but stopped short of supporting military intervention. The Arab League report was released about a month after it sent observers into Syria; the league suspended the observer mission over the weekend, citing a spike in violence.

The Arab League's secretary general and Qatar's prime minister are expected to brief the council Tuesday about the observer mission's findings.

In October, Russia and China issued a rare double veto of a resolution that lacked sanctions but would have condemned the violence in Syria. The latest draft also lacks sanctions but is tougher than the earlier version, which said nothing about transfer of power.

The United Nations last month estimated that more than 5,000 people have died since March, when the government launched a crackdown against peaceful demonstrators. Activist groups estimate a higher death toll, with counts near or exceeding 7,000 people. Opposition activists blame the deaths on government actions. The Syrian government says terrorists are responsible for the casualties.

Top International Atomic Energy Agency officials are expected to be in Iran through Tuesday, after the head of the United Nations nuclear watchdog expressed fresh concerns that the Islamic republic was trying to develop nuclear weapons.

A mission to Iran by such a senior team - which includes the agency's chief inspector and its second-in-command - is unusual, the agency said when it announced the visit last week.

The delegation arrived Sunday, according to state-run Press TV. The mission comes shortly after the European Union imposed a tough round of new sanctions on Iran, aimed at cutting off funding to the country's nuclear program. The United States and Australia have also ramped up sanctions on Iran in the past week.

The United States and its allies think Tehran is trying to develop nuclear weapons. Iran denies it. Energy agency Director General Yukiya Amano told reporters last week that the visit is intended "to clarify the issues with possible military dimensions."

Feds set to crack down on Occupy DC camping

The National Park Service plans to crack down Monday on what it calls "sleeping activity" that may take place at two longstanding camps established by Occupy DC demonstrators in the nation's capital, CNN's Paul Courson reports.

The plan follows a harsh congressional hearing last week in which lawmakers questioned why the camps have been allowed to continue for more than 100 days. Lawmakers cited petty crime, damage to Park Service property and health concerns related to poor sanitation at the makeshift camps.

Starting midday Monday, the Park Service says, authorities will act against "camping and the use of temporary structures for camping in McPherson Square and Freedom Plaza," the two locations in downtown Washington that took form late last year as the Occupy movement gained momentum. Many of the other sites across the country the demonstrators established have since been dismantled or curtailed.

Elsewhere in the Occupy movement, protesters in Oakland, California, are trading allegations with police over who was responsible for clashes Saturday that resulted in the arrests of more than 100 people. Protesters tossed metal pipes, bottles and burning flares at Oakland police, who responded with tear gas, smoke grenades and bean bag projectiles. Oakland has been a flash point of the Occupy movement since October, when police used tear gas to break up demonstrators who refused to leave downtown.

The sports pages and the city of Indianapolis are abuzz with anticipation for next Sunday's National Football League championship game between the New York Giants and New England Patriots. The contest is a rematch of 2008's Super Bowl XLII, when the younger and faster Giants upset the previously unbeaten Patriots 17-14.

Both quarterbacks are candidates for the league's Most Valuable Player award, which will be announced Saturday. Other quarterback candidates include New Orleans' Drew Brees, Green Bay's Aaron Rodgers, Detroit's Matthew Stafford and Carolina rookie Cam Newton. Candidates at other offensive positions include Jacksonville running back Maurice Jones-Drew; wide receivers Calvin Johnson of Detroit and Victor Cruz of the Giants; and tight ends Jimmy Graham of New Orleans and Rob Gronkowski of the Patriots. Defensive candidates include the Giants' Jason Pierre-Paul, the Patriots' Kyle Arrington and the Packers' Charles Woodson.

Who do you like for the Super Bowl and MVP?

Nigerian President Goodluck Jonathan rose to power on a wave of goodwill. People called him "Nigeria's Obama," a leader who would bring change to the oil-rich but poverty-ridden nation. Now, amid growing violence, Nigerians are calling him President Badluck.

Stephanie Busari’s profile of  Jonathan will hit CNN.com’s homepage on Monday, but  Ahead of the Curve readers can get a sneak peek at the story here.